SolidRun has been handling the operations of creating the networking boards for ClearFog. Since 2015, the Israeli company which specializes in manufacturing System on Modules (SoMs) recently unveiled the first Octeon TX2 module through the ClearFog CX CN9130 Pro networking boards that are said to bring a 10 GbE connectivity.

Moreover, Marvell’s Arm Cortex A72 processors will also aid the module with a desirable gigabit ethernet support that backs up both 10 GbE and 2.5 GbE.

The leading developer in edge computing solutions has stepped up to improve the capability of its CPU, as well as the system’s power management, I/O support, and others. For SolidRun CEO Dr. Atai Ziv, the company has extended its services to the edge technology from the network and analytics operations, New Electronics reported.

“Combining that complexity with the imminent proliferation of 5G, the need for ultra-high-performance networking appliances for the cloud, edge, and everywhere in between becomes apparent. Our line of OCTEON TX2 CN9130-based SoMs and flexible carriers will fuel the development of these products, meeting the demands of next-generation networking, enterprise, and data center applications,” Ziv added.

Moreover, here are the specs of the SOM 9130, according to CNX Software: 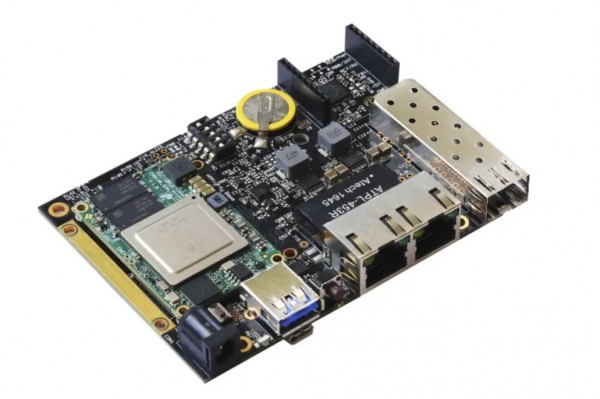 Marvell’s Senior Marketing Manager of Infrastructure Processors Group, Jeffrey Ho said that to first meet the full capabilities of the data networks, there is a need for the hardware to be durable and secured inside and outside. According to Ho, the company is happy to be a part of the CN9130 SoM which will give rise to the high-technology networking hardware on top of the OCTEON TX2 SoCs.

Meanwhile, New Electronics noted that developers can use the carrier boards, ClearFog CN9130 Pro, and Base in shaping a prototype in an application. Furthermore, they should also expect that the computing performance of the two can be flexibly used. They could also run in fanless mode while reaching -40°C to 85°C.

Not only are they proven to be resistant in extreme conditions, but also the ClearFog Pro could go well with the CN9130 SoM in terms of I/O setup. This covers the participation of the SFP+cage and five switched ethernet ports. Besides that, the Pro version also has M.2 expansion slots, as well as the Mini-PCIe used to enhance LTE/WIFI.

On the other hand, the ClearFog Base will help support dual SIM cards and LTE in terms of connection. It also has SFP+cage, two GbE ports, and USB 3.0 compatibility.

SoM CN9130 and ClearFog Pro and Base Price

You can purchase SolidRun’s MicroSoM at $171 while the ClearFog CN9130 Pro can be bought at $253 and above. The Base version is cheaper at $226 and up. For more details, you can go here to the official online shop of SolidRun.