Snapchat Gives Users More Ways to Earn Money — Is It a Bid To Attract More Influencers?

Snapchat is launching new ways for creators to earn money. There will be a new marketplace, a new video editing app, and an avenue for users to fund their favorites. It is an attempt to drag more influencers to the platform.

Snapchat is new in the game of attracting influencers, Forbes reported. Creators who wanted to make money easily flocked YouTube, TikTok, and even Instagram. 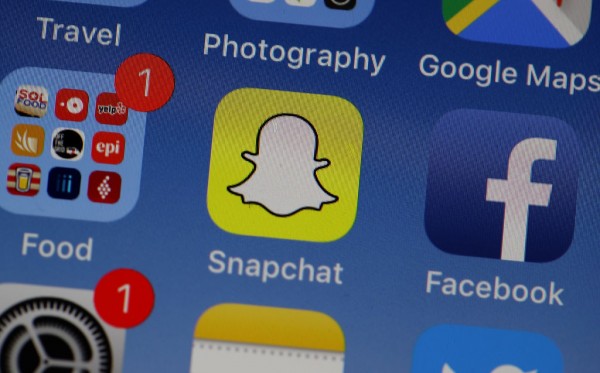 (Photo : by Justin Sullivan/Getty Images)
SAN ANSELMO, CA – MAY 02: The Snapchat app is displayed on the home screen of an iPhone on May 2, 2018 in San Anselmo, California. Stock prices for Snapchat dropped 20 percent before slightly rebounding after reporting first quarter earnings of $230.66 million on Tuesday that didn’t meet analyst expectations of $243.6 million.

However, Snapchat is now also trying to snatch a piece of the influencer market by being creator-centric. On May 20, it announced a Creator Marketplace. And, as the name suggests, it will be a place where creators and brands could collaborate. The said feature is similar to what TikTok started last year.

Zach Lupie, the product manager at Snapchat, said that “Snapchat is creating a path for creators to start on the platform and build a business on the platform.”

The said marketplace will be using the augmented reality feature of Snapchat. Users through AR could “try on” clothes, make up, and accessories, Engadget reported. Customers may also use the voice command features to ask the app to put on a different design or color.

Read Also: Snapchat is in Danger of a Lawsuit as Users Accuse Platform of Encouraging Reckless Driving Due to Speed Filter

Snapchat has expanded from being a chatting app. It has welcomed videos from prominent personalities and celebrities with Discover. However, according to Forbes, only verified accounts with skyrocketing followers had the privilege of being in that feature. Hence, Spotlight was born in November 2020. It now allows content creators to earn money from the platform.

Spotlight is heralded by Snapchat as a massive success. It even boasts giving users $1 million each day!

Snapchat also announced that it has not amassed 500 million active users, The Verge said in the same report. It may be attributed to the success of Spotlight. Furthermore, creators could soon also earn money directly from their audience. Twitter, recently launched a similar feature. It would be an additional way to earn money on Snapchat.

Also, Snapchat is launching a new iOS video-editing tool later this year. The said app will help creators be more creative with their videos on Spotlight. It could help influencers generate compelling TikTok-like content.

Related Article: Snapchat Dark Mode Android Guide: How to Enable This In-Development Feature; This Method Will Let You Use it Right Away