Smartphone pickpockets in Brazil are taking their eyes off the actual devices they are stealing. Instead, they are now emptying the bank account apps of their unfortunate victims. The profit from stealing the money of their target is more profitable than selling the used gadget in the black market. 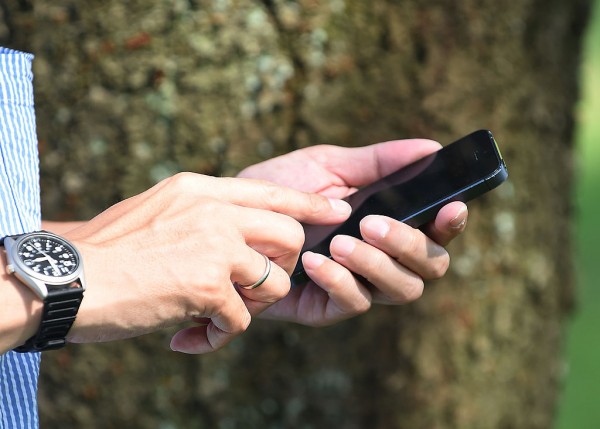 (Photo : by Atsushi Tomura/Getty Images)
TOKYO, JAPAN – JULY 16: A man uses his smartphone on July 16, 2014 in Tokyo, Japan. Only 53.5% of Japanese owned smartphones in March, according to a white paper released by the Ministry of Communications on July 15, 2014.

It turns out that criminal minds are also evolving as technology rapidly progresses.

In the old days, pickpockets were interested in taking home the sum of the cost of the stolen devices. Additionally, it was common to see thieves stealing smartphones from people strolling in the streets.

But now, they have found a more advanced way to go beyond their actual earnings. This time around, the profit for each victim differs significantly, depending on how much is inside the bank account.

According to Brazil-based newspaper, Folha de S. Paulo, the unusual kind of theft started to increase at the same time that the pandemic grappled the country.

The problem with theft worsened and extended to scraping off of their savings, even though the citizens are struggling with the ill effects of COVID-19.

The criminal minds specifically opened an iPhone 11 and iPhone XR, just like what occurs in previous pickpocketing operations. However, the culprit successfully accessed their bank accounts as well.

The repeated occurrence of the modus operandi suggested that a specialized gang is behind the organized pickpocketing, 9to5Mac reported.

A Brazilian Police Chief, Roberto Monteiro, said that robbers are now exploring the vast information that could be mined by simply getting hands on a person’s smartphone.

“Although breaking an iOS system is more difficult, they have also specialized in it,” he added.

It has been established that iPhone security is not entirely indestructible. The FBI even devised a method to access it even if it is locked up. So, it is not far-fetched that criminals are doing it as well.

However, the new scheme also exposes the vulnerability of bank apps. In some instances, the victims are left unable to refund the stolen money as banks argue that it was their clients’ negligence.

According to Gizmodo, a victim and a Brazilian bank Bradesco are now in a legal battle after the former asserted it was not her fault that hackers infiltrated her bank account.

The Brazilian Federation of Banks even told the local publication that there is no record of a security breach as far as their systems are concerned. It is contrary to what the victims claimed.

As of writing, the smartphone pickpocketing and theft in Brazil has not been eradicated.

Elsewhere, an online banked previously shut down, leaving its clients unable to access their accounts. However, it has been fixed since then.

Related Article: Samsung is Testing 6G Connectivity with Terahertz for Smartphones, Amidst Introduction of 5G in the Market