An energy-saving program in Texas left some residents sweating inside their homes after power companies remotely raised the temperature in their smart thermostats. 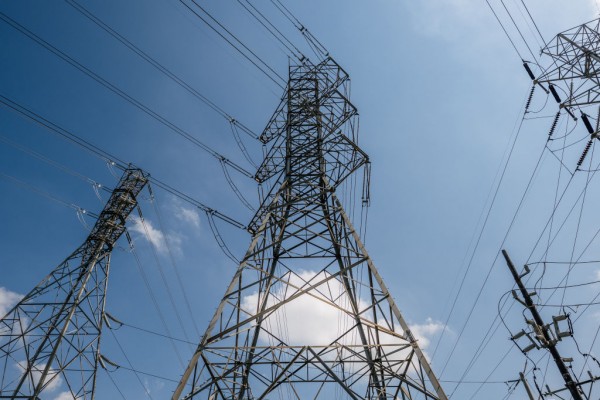 (Photo : by Brandon Bell/Getty Images)
HOUSTON, TEXAS – JUNE 15: Transmission towers are shown on June 15, 2021 in Houston, Texas. The Electric Reliability Council of Texas (ERCOT), which controls approximately 90% of the power in Texas, has requested Texas residents to conserve power through Friday as temperatures surge in the state. An increase in forced generation outages early into the Summer season has prompted this urgent request.

Some residents are wondering as to why their thermostats’ temperatures are changing on their own. It turns out that they opted in to “Smart Savers Texas,” which conserves electricity by controlling thermostats to lessen energy consumption.

In the past few days, Texas is facing early heat waves.

Consequently, the state power lines are trying to keep up with the increased demand. The New York Times reported that state regulators are now warning their residents that failing to conserve power will lead to blackouts and lack of water.

Meanwhile, Chinese cryptocurrency miners are heading to Texas after being kicked out of their home country. It is to note that extracting Bitcoin takes up a lot of energy.

Gizmodo reported that the energy-saving program of Energy Hub teamed up with Google and Amazon to increase the temperature in their smart thermostats by four degrees. In turn, it will significantly reduce the energy consumption of the residents, leading to less stress on the power supply.

Residents initially get invited to opt into the program, but they can decide to quit anytime.

USA Today noted that such thermostat adjustment only occurs once in a while. To be precise, the temperature is only raised from two to eight instances every summer.

Some residents claimed that they were not aware that such a program existed, and they are surprised to be part of it. However, it seemed that these folks agreed on something that they may have not readd in the first place, Gizmodo suggested.

In turn, a family in Houston was surprised after they lowered the temperature below while they slept, and woke up sweating on their mattress. After which, the father of the family opted out of the energy-saving program.

He even pointed out that the remote adjustment could be detrimental to the health of his loved ones.

The father was particularly concerned with his three-month-old daughter. “They dehydrate very quickly,” he said.

The company behind the “Smart Savers Texas” said in a statement that each participant needs to actively enroll before being part of the program.

The offer states the terms of the program either via email or a mobile app. Moreover, the endeavor targets residents that use a smart thermostat in their homes.

investing: How parents can teach children about money, investing and power of compounding

tax saving: Tax optimiser: Despite not having HRA component, Sharma can save tax by claiming exemption on rent paid