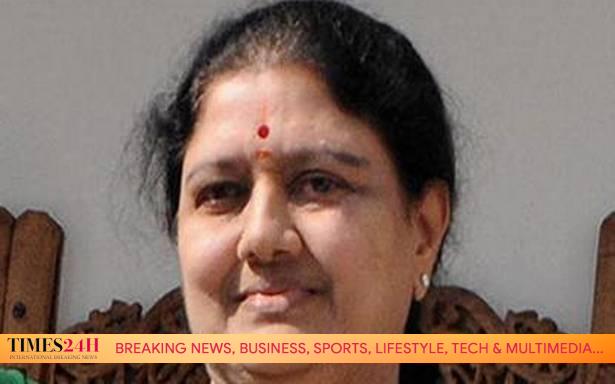 Sasikala was sad about it and legal action would be initiated against the official responsible, her counsel said.

The name of V K Sasikala, confidante of late Chief Minister J Jayalalithaa, has been ‘removed’ from the voters list and it is an ‘injustice,’ her legal counsel said in Chennai on Monday.

She was sad about it and legal action would be initiated against the official responsible, he said.

As Tamil Nadu goes to the polls on Tuesday, the name of Ms. Sasikala, which figured in the Thousand Lights Assembly constituency in Chennai, was deleted, N Raja Senthoor Pandian said She was previously a resident of Jayalalithaa’s Poes Garden residence, which was taken over by the AIADMK government for converting it into a memorial.

The neighbourhood falls under the Thousand Lights segment.

Ms. Sasikala, some time after her release from prison in January, had said that she would stay off politics. She had served a four year sentence in a disproportionate assets case.

Mr. Pandian told a Tamil television channel that officials informed him that Ms. Sasikala’s name was deleted on 31 January 2019, following revision and ahead of the Lok Sabha polls that year.

When they got to know about it last month, he apprised Chief Electoral Officer Satyabrata Sahoo that no notice was sent to her before her name was struck off the rolls, which was an ‘injustice.’ Sahoo told him that the deadline to make inclusions or deletions had expired already, Mr. Pandian claimed.

While official communications from other arms of the government were addressed previously to the Parapana Agrahara Prison in Bengaluru, why was a notice on the deletion of her name not sent, he asked the top poll officer.

Mr. Sahoo replied that it was not clear as to who was responsible for it and also informed the counsel that any process related to the matter could be taken up only after the culmination of the election process.

Mr. Pandian said he apprised Mr. Sahoo that legal action would be initiated against the official responsible for removal of Ms. Sasikala’s name from the voters list.

Ms. Sasikala was sad about the deletion of her name from the list, he said.