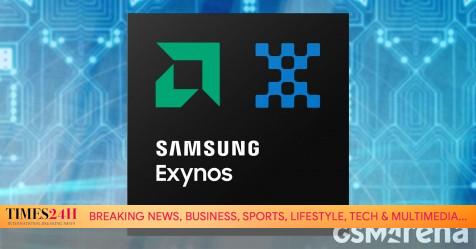 Leakster Ice universe reports that Samsung will unveil three Exynos chipsets this year – a mid-range 800 series chip, a high-end 1200 series and a flagship 2200 series. The latter two should feature GPUs based on AMD’s RDNA architecture.

According to a previous tweet from the leakster, Samsung will demonstrate the GPU – just the GPU – in June, the full chipsets being unveiled later. The first phones with AMD GPUs might not arrive until next year, but there is no official timeline for all of this just yet.

You probably think these Exynos / AMD chipsets will power smartphones (and they probably will), but Samsung can also work on a Windows 10 laptop. ZDNet Korea a laptop with the Exynos 2200 will be unveiled in the third quarter, sometime after the launch of the Galaxy Note. Samsung’s previous Windows-based ARM laptops used Qualcomm chipsets.

The third chipset, the mid-range one, may have been spotted yesterday. Galaxy club indicates that a chip with model number S5E5515 is under development. It will likely be the successor to the Exynos 850 (S5E3830), but little is known.