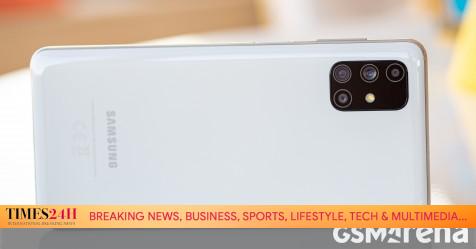 It is true that Samsung makes many different smartphone models, but it is also true that recently the company released updates to Android 11 – apparently every day the update reaches another model.

The luckiest today is the Galaxy M51, which launched in September last year running Android 10 with One UI 2.x. As of today, the owners of this phone in Russia are honored with the release of the update to One UI 3.1, based on Android 11. It is the latest version of the underlying operating system of Google, but also the skin of Samsung. However, this is the “main” experience of One UI 3.1, aimed at low-end phones, which means not all the bells and whistles seen on flagships have necessarily made it to this iteration. Still, you get Android 11 and the March 2021 security patches – again, the latest. The new version being rolled out in Russia is currently labeled M515FXXU2CUB7. As usual, the deployment is probably in stages, so it may take a few days for it to reach all the units there. If you are impatient, go to Settings> Software Update and try your hand at getting it manually. If you are somewhere outside of Russia and have an M51, hopefully that means the update will be sent to you in due course as well.