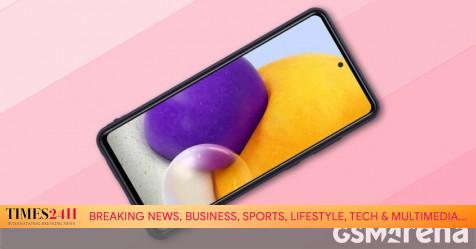 A major leak from mid-February detailed the Samsung Galaxy A72 4G, now the device has appeared on the Google Play console, giving legitimacy to the leaked specs. The GPC confirms that the phone will be powered by the Snapdragon 720G chipset.

It will come with 6 GB of RAM by default, but we also saw an 8 GB version. The phone will launch with Android 11 and is expected to receive 3 years of operating system updates and 4 years of security fixes ( just like the A71 4G and the A51 4G). Either way, we’re probably looking at 128GB and 256GB storage options. 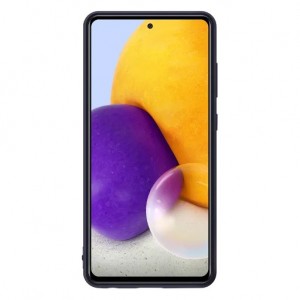 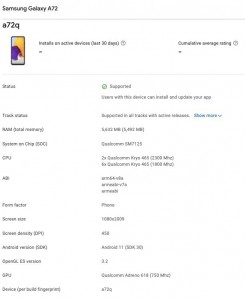 Samsung Galaxy A72 4G: image and specifications of the Google Play console

As for the screen, the GPC reveals that it will have a resolution of 1080p +. Rumors put the size at 6.7 inches and we could see a 90Hz refresh rate. This is for the 4G version, there will also be a Galaxy A72 5G (probably based on the Snapdragon 750G) which will increase the rate. refresh rate at 120 Hz.

Looking back on other leaks, the phone is expected to have a 64 MP, 12 MP ultra wide main camera, 8 MP telephoto lens (2x magnification) and a 2 MP macro camera, the front camera will have a 32 MP sensor. MP. The phone should have IP67 dust and water resistance, 5000mAh battery and 25W charger in the box.

According to unconfirmed reports, the Galaxy A72 and A52 models will be unveiled in India later this month. They will also be available in Europe where the A72 4G is expected to start at 450 €.