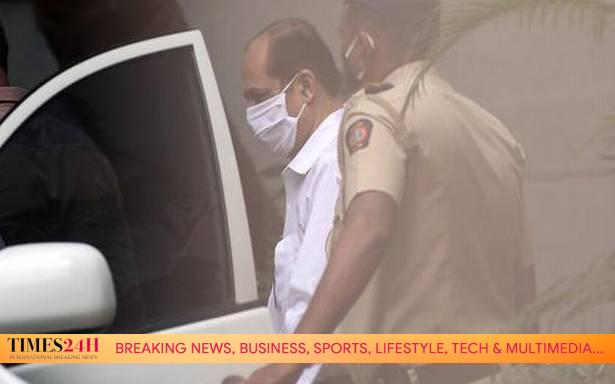 A special court on Thursday extended till April 3 the custody of suspended police officer Sachin Vaze in the Antilia bomb scare case, with the National Investigation Agency (NIA) claiming that the alleged crime fell in the category of a “terrorist act”.

The NIA told the court it wanted to confront Mr. Vaze with the other accused in the Mansukh Hiren murder, a related case, and probe 62 unaccounted for bullets found at Mr. Vaze’s house. Mr. Vaze pleaded that he had been made a “scapegoat”. He was produced before the court after his earlier remand expired. The NIA sought his custody for another 15 days.

“I have been made a scapegoat and have nothing to do with the case,” Mr. Vaze told judge P.R. Sitre during the hearing. “I was investigating officer of the case for one and a half days, and did whatever I could in that capacity. But there was suddenly change in some plan somewhere. I went to the NIA office on my own and was arrested,” he said.

Additional Solicitor General Anil Singh, the NIA lawyer, told the court that Mr. Vaze’s crime being “a terrorist act” and as a person (Hiren) was killed and explosives were planted, further 15-day custody was needed.