Religious conversion by ‘carrot-and-stick’ against Constitution, says plea in SC 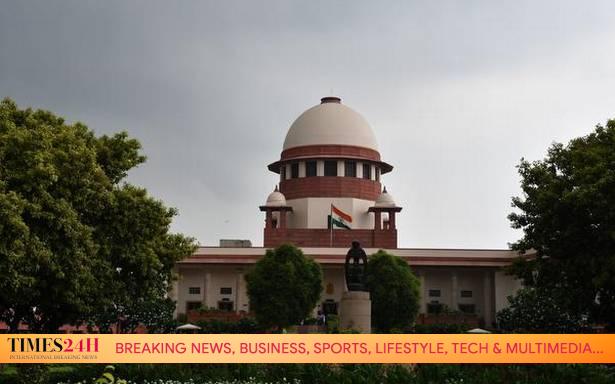 Petition seeks direction to Centre to control black magic and conversion by intimidating, deceivingly luring through gifts and monetary benefits

A petition has been filed in the Supreme Court to issue a direction to the Centre and States to control black magic, superstition and religious conversion by intimidating, threatening, deceivingly luring through gifts and monetary benefits.

“Religious conversion by ‘carrot-and-stick’ or ‘by-hook-or-crook’ not only offends Articles 14 [right to equality], 21[right to life] and 25 [right to religious freedom], but also against the principles of secularism, which is an integral part of basic structure of Constitution,” the petition filed by advocate A.K. Upadhyay said.

The court is likely to hear the case on April 9.

Mr. Upadhyay registered his “dismay” that the Centre and the States failed to control the menace of black magic, superstition and deceitful religious conversion, though it was their duty under Article 51A of the Constitution.

Supreme Court to study anti-conversion laws of Uttarakhand and U.P.

“There is not even one district in the country which is free of black magic, superstition and religious conversion … Incidents are reported every week throughout the country where conversion is done by intimidating, threatening, luring through gifts and monetary benefits,” the petition alleged.

Further, the petition said the Centre-States were obligated under Article 46 to protect the SC/ST community from social injustice and other forms of exploitation.