A new ransomware has attacked Massachusetts-based ferry service company, Steamship Authority, last Wednesday, June 2, which is another blow to important services in the country. Recently, it was New York’s Metropolitan Transport Authority which fell victim to threat actors, alongside JBS USA, that believes it to be the work of the Russians. 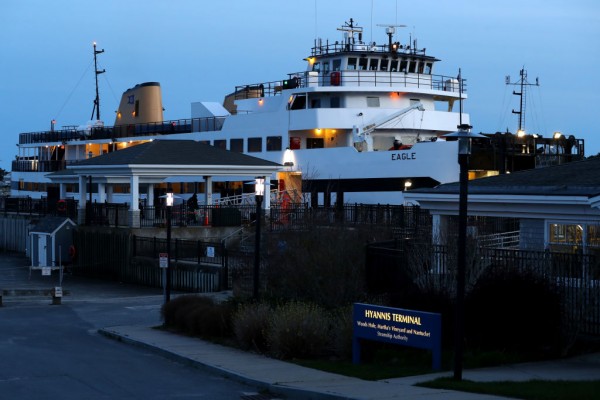 (Photo : Maddie Meyer/Getty Images)
NANTUCKET, MASSACHUSETTS – APRIL 25: A view of a Steamship Authority ferry leaving the Nantucket Terminal on April 25, 2020 in Nantucket, Massachusetts. The Steamship Authority is receiving 9 million dollars from the CARES Act Stimulus funding to keep ferries running between Cape Cod, Marthas Vineyard, and Nantucket. The boats have been running on a decreased schedule since ridership has cratered due to the COVID-19 (coronavirus) pandemic.

Currently, there are no leads as to whether these cases are isolated or interconnected, but it has dealt a massive blow to the country’s business landscape which has been massive targets of ransomware. Also, there are no reasons why United States-based businesses have massive targets on their backs, especially those who are considered to be essential.

Recently, a lot of companies operating under the US infrastructure have been victims of threat actors and their ransomware, with JBS USA being one of the latest which was attacked last May. Additionally, the Colonial Pipeline ransomware attack is no different from this, particularly as the company is known to provide the majority of the East Coast’s fuel supply.

Read Also: Ransomware are ‘Double Encrypting’ Your Data Despite Payment-Here’s How to Turn on Windows 10’s Built-in Malware Blocker In recent developments, the latest to succumb to a cyberattack by threat actors is another unlikely victim, and it is Steamship Authority, which has expressed its statement via its account on Twitter. The company explained that this ransomware attack would cause delays to a customer’s ferry ride in the different service routes of the company.

The ticketing processes, including online and phone reservations, are expected to continue to be affected on Thursday, June 3, 3021. The Steamship Authority will continue to honor existing reservations at Authority terminals, and rescheduling and cancellation fees will be waived.

Among those affected locations include Nantucket, The Wood’s Hole, and Martha’s Vineyard stations, which have been the most interrupted services for June 2’s attack. However, the company also notes that online reservations, phone bookings, and online ticket purchases would also be affected for Thursday, June 3, with no mentions of when it would return to normal yet.

Steamship Authority said that the company is already working with local and federal authorities to resolve the matter, and of course catch the perpetrators which have enacted the grievous attack.

Ransomware Are Targetting Essential, Important Services in the US

The Steamship Authority was the latest of those who fell victim to threat actors and ransomware which have targeted several of the country’s essential and important services amidst this pandemic. Initially, the targets were hospitals and other health care facilities, before it switched to companies that provide its services to the public.

The goal or reason behind these attacks also remains unknown, and the blame for Russian threat actors are only speculations at this point, as the investigation remains to be carried out by the authorities.