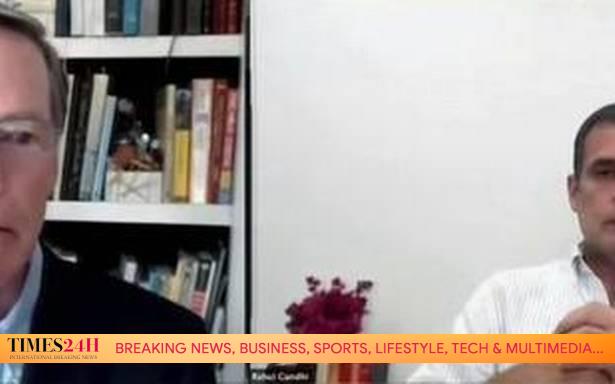 Former Congress president Rahul Gandhi on Friday questioned the silence of the United States establishment for what is happening in India.

Mr. Gandhi made these remarks in an interactive virtual conversation with former U.S. diplomat Nicholas Burns of the Harvard Kennedy School.

In the hour-long interaction that had questions from students, the Congress leader spoke on a range of issues such as economy, foreign policy as well as domestic politics, including farmers’ protests and the ongoing elections.

Talking about the role of being an Opposition leader, he said there had been a “wholesale capture of institutions” in India.

“I don’t hear anything from the U.S. establishment about what’s happening in India. If you are saying partnership of democracies, I mean what is your view on what is going on here,” Mr. Gandhi said wrapping up his conversation.

“I fundamentally believe that America is a profound idea. The idea of freedom the way it is encapsulated in your Constitution is a very powerful idea but you have got to defend that idea. That is the real question,” he added.

Mentioning the incident of an electronic voting machine (EVM) being transported in the car of a BJP candidate in Assam elections, Mr. Gandhi claimed that nothing about it was being mentioned in the national media.

“There is a wholesale capture of the institutional framework of this country. There is absolute financial and media dominance that the BJP has. It is not just the Congress, the Bahujan Samaj Party, Samajwadi Party, Nationalist Congress Party are not winning elections,” he said.

“To fight elections, I need institutional structures, I need a judicial system that protects me, I need a media that is reasonably free, I need financial parity, I need a whole set of structures that actually allow me to operate a political party. I don’t have them,” Mr. Gandhi added.

The Congress leader said that when institutions did not perform their roles, then people were forced to opt for “mass action,” and cited the ongoing farmers’ protests as an example.

Asked what would be his policy priority if he were to become Prime Minister, Mr. Gandhi said he would move away from a growth-oriented economy to a job-oriented economy.

“I am not interested in 9% economic growth if I don’t see job numbers right next to it,” Mr. Gandhi said.