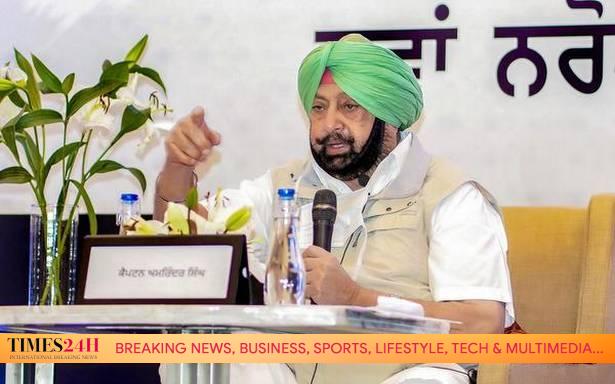 Punjab Chief Minister Amarinder Singh on Thursday assured commission agents (arhtiyas) of his government’s full support in the wake of the Centre’s latest directive ruling out any further relaxation to the State on the issue of Direct Bank Transfer (DBT) to farmers against payment for grain procurement.

Captain Singh said the Congress would fight for them against the Central government’s move, which he said would destroy the established system of making payments to farmers through the commission agents.

“Arhtiyas will remain an integral part of the procurement system in Punjab,” he said, while directing the concerned department to release the pending ₹131 crore of the dues from the State government to the commission agents.

The Chief Minister said he had been seeking time from Prime Minister Narendra Modi for a meeting on the DBT issue. Captain Singh said he had already written to the Prime Minister on March 19, and had personally spoken to Union Home Minister Amit Shah, and the latter had assured of all help in the matter.

He added that the farmers in Punjab shared long-standing and time-tested relations with arhtiyas, who were the backbone of the successful procurement system in the State.