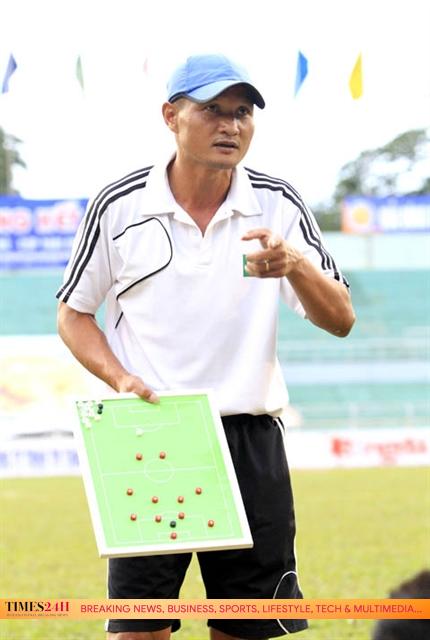 Coach Ngô Quang Trướng has left Sông Lam Nghẹ An after his team fell to the bottom of V.League 1. Photo of VSI


A 0-2 loss to Hải Phòng early this week pushed Sông Lam Nghệ An (SLNA) to the bottom of the V.League 1. They have just 10 points after 11 matches and are serious contenders for relegation.


It was the final straw for the coaching board and signaled change.


“We were sad because of loss, of course. In football, better or luckier teams will be the winners. I take full responsibility for my team’s results,” said Trường.


Former national midfielder Trường was known for his success with the young teams of SLNA. Under his reign the junior squads won the national U17 title in 2009 and U19 silver in 2014.


However, in his two times in charge of the first team (2015-16 and 2020-21), the 49-year-old has not had any success. Their current position is their worst in SLNA history. The former national champions are the only team who have not yet been relegated to or competed at lower levels.


Trường’s withdrawal has been accepted and he will be replaced by his assistant Nguyễn Huy Hoàng, a former national defender.


He is the fifth coach to lose their jobs this season in the V.League 1.


Meanwhile president Thanh said his resignation has not been approved. His quit under supporters’ pressure as the team has not improved for a number of years.


In the next round, SLNA will visit Thanh Hóa on May 2 and return home to face Hà Nội FC five days later in the last round of the first period.


Đà Nẵng have suffered three defeats and one draw in the last four matches, dropping from first to fifth.


After a 2-1 loss to Sài Gòn on Wednesday, Đức pointed out many problems of the team and coaches including the non-cooperation of players.


Đà Nẵng will entertain defending champion Viettel on May 2 before visit Nam Định days later. Both of them are flying high in the V.League 1. Viettel are at second place while Nam Định third. VNS