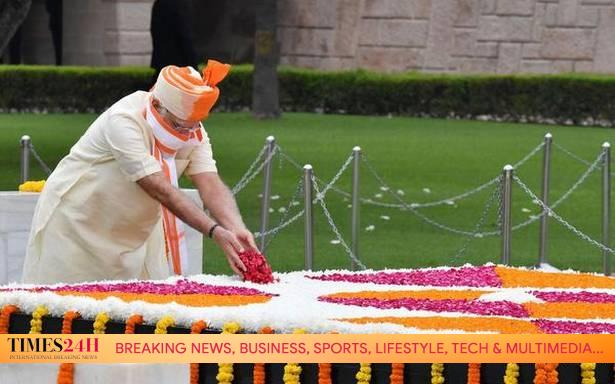 Gandhi was shot dead on this day in 1948 by Nathuram Godse. His death anniversary is observed as Martyrs’ Day. “Tributes to the great Bapu on his Punya Tithi. His ideals continue to motivate millions. On Martyrs’ Day we recall the heroic sacrifices of all those great women and men who devoted themselves towards India’s freedom and the well-being of every Indian,” Mr. Modi said in a tweet.

We have been keeping you up-to-date with information on the developments in India and the world that have a bearing on our health and wellbeing, our lives and livelihoods, during these difficult times. To enable wide dissemination of news that is in public interest, we have increased the number of articles that can be read free, and extended free trial periods. However, we have a request for those who can afford to subscribe: please do. As we fight disinformation and misinformation, and keep apace with the happenings, we need to commit greater resources to news gathering operations. We promise to deliver quality journalism that stays away from vested interest and political propaganda.