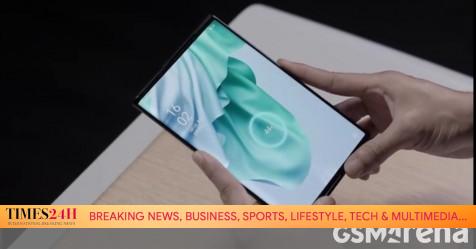 MWC Shanghai is officially underway, and Oppo used the event to show off a prototype air charger working in tandem with its Oppo X 2021 roll-up concept. The short 30-second video shows the phone recharging at all times, laying flat on the surface an arm’s length away.

There aren’t a lot of details on how the Oppo implementation works but a well-known tipster Digital Chat Station claims that Oppo’s air charging speeds can reach speeds of 7.5W. 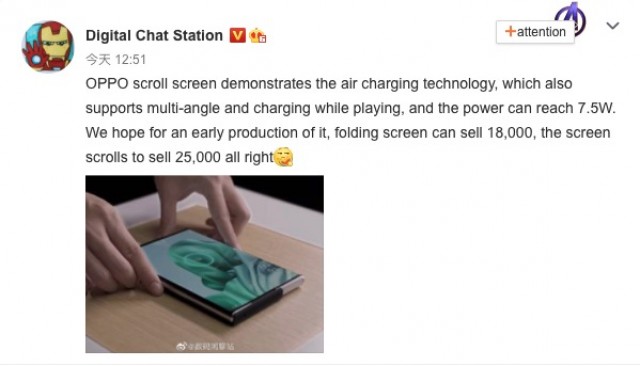 On April 1, Oppo teased a similar air-charging tech called FreeVOOC. This implementation was touted to achieve a stable charging power of 5-10W within a radius of 10 meters and relied on special built-in coils in the phone itself. It remains to be seen how the new implementation works and when we will see it in a commercially available form.

Xiaomi is another manufacturer that is working on air charging and even presented its development last month. Mi Air Charge relies on a large cube transmitter that transmits charges of up to 5W to phones compatible with built-in antennas and beacon receivers up to several meters away.

“Coffee causes a change in taste”