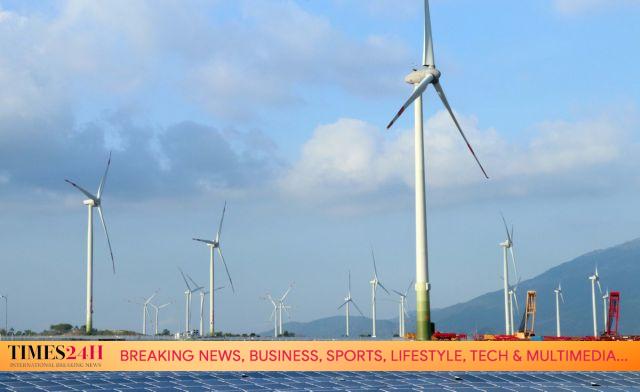 HCM CITY — The south-central province of Ninh Thuận saw a strong economic growth rate of more than 12 per cent over the last two years, thanks to advantages in marine economy and renewable energy.

In the past five years, the province’s development orientation has shifted to a green economy for sustainable development, and economic competitiveness and efficiency.

It prioritizes energy; tourism; agriculture; forestry and fishery; industry; education and training; and construction and real estate. These groups of industries are expected to contribute 91 per cent to the province’s GDP and 85 per cent of  jobs.

Last year, the province’s gross regional domestic product (​GRDP) was estimated at 12 per cent. Meanwhile, its total state budget revenue was estimated at VNĐ3.9 trillion ($169.8 million), exceeding 11.4 per cent of the plan.

The value of the solar power sector rose by 147.8 per cent and the wind power sector increased by 58.5 per cent.

Provincial tourism has strongly developed in the past five years. The province has advantages in tourism development, with 59 cultural heritage sites, and unspoiled beaches and islands.

The 100km-long coast from Thuận Bắc District’s Công Hải Commune to Thuận Nam District’s Cà Ná Commune offers a charming natural landscape. On one side is the primaeval forest and on the other the blue ocean.

Phan Tấn Cảnh, deputy chairman of the provincial People’s Committee, said the committee had approved a plan to build a sports complex on the beach along Đông Hải Ward in Phan Rang-Tháp Chàm City.

It will serve both locals and tourists, including a sports centre designed for windsurfing, parasailing, flyboarding and scuba diving. It will help Phan Rang – Tháp Chàm City become the first metropolis in experiential tourism in the region.

Phan Rang-Tháp Chàm will be the first locality in the country developing beach resorts combined with experiential tourism services.

Dr Dư Văn Toán from the Việt Nam Institute of Seas and Islands said Ninh Thuận should move toward combining wind power with eco-tourism to boost the local economy.

For example, a wind power plant built in a coastal area in southwest France has earned higher revenue from tourism than wind power generation.

According to CBRE Việt Nam’s research and consulting department, tourism companies could work with investors of wind power projects on creating tours to wind farms including education on wind power and renewable energy.

The provincial People’s Committee has urged the Department of Industry and Trade to build a plan to turn Ninh Thuận into the country’s renewable energy centre.

The Department of Culture, Sports and Tourism has been assigned to give investment priority to areas with potential for marine tourism development.