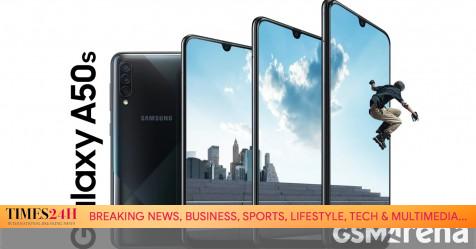 The Samsung Galaxy A50, launched in mid-2019 with Android 9, received the Android 10 update with One UI 2.0 a year ago and then One UI 2.5 in November. Now there’s a big new update – this one focused on the camera. It is currently being deployed in India and weighs just over 200MB.

There are three major improvements: 1) Single take, 2) Nighttime hyperlapse and 3) My filter. The single take automatically captures multiple photos (wide, cropped, portrait, etc.) and even videos with just the press of the shutter button. Here is a demo for those who have never used it before:

Night Hyperlapse does what it says on the tin – it records time lapse video and uses long exposure times to capture the streaks of light in the dark. My Filter lets you choose images and use the color data they contain to automatically create a filter that mimics this look.

Create and use a new My Filter

All new camera features are in this update. The security patch is coming in January on some phones, which is weird since the Android 10 update came with the February patch.