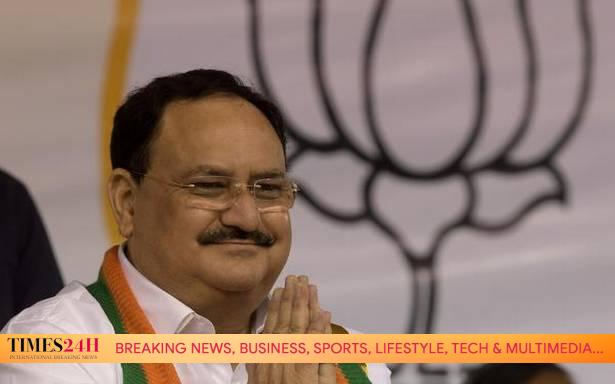 Mr. Nadda was addressing a gathering at Nabadwip in Nadia district after flagging of a ‘Parivartan yatra’ of the party. “Your government will go. The TMC will be defeated. Lotus will bloom here. Bengal will join the mainstream… This is what the ‘Parivartan yatra’ is all about,” he said.

With just a few months to go for the State to go to the polls, the ‘Parivartan yatra’, where a bus has been converted into a ‘ratha’ (chariot), is a major programme by the BJP to reach far-flung areas of the State.

Mr. Nadda said the ‘yatra’ would start from five places in the State and Union Home Minister Amit Shah would flag off two of them. Raising the slogan, “Anek hoyeche Mamata, Paribartan chaiche janata (Enough of Mamata, people want change)”, he alleged that Chief Minister Mamata Banerjee stood in the way of development like a roadblock.

“We want to awaken the people of the State through the ‘yatra’. But I think they have already been awakened. They have decided to remove the TMC government. Wherever I went, I saw tremendous support for the BJP,” he claimed.

Earlier in the day, he visited the Central Institute for Subtropical Horticulture in Malda district and participated in a road show in the town. He also had lunch with farmers.

Mr. Nadda, in both his public speeches, highlighted the issue of denial of benefits of the PM Kisan scheme to the State farmers.

“Every farmer in the State would have got ₹14,000 . About 70 lakh farmers have been denied of the benefit because of Mamata ji politics of “cholbe na” (non-cooperation). I want to swear today that the moment our government is set up, we will assure that the benefit reaches farmers,” he stated. He pointed to to non-implementation of Ayushman Bharat in the State.

The TMC government had at last agreed to implement PM Kisan. The Budget statement tabled in the Assembly on Friday had given clear hints to that. The State government had extended the Swastha Sathi health insurance scheme to all the 10-crore population of the State, where every family can avail the benefit of ₹ 5 lakh cashless treatment.

Mr. Nadda raised several issues, including the attack on his convoy during the visit to Diamond Harbour in December 2020 and the controversy at Victoria Memorial on the occasion of 125th birth anniversary celebrations of Netaji Subhas Chandra Bose on January 23. Irked by slogans of ‘Jai Shri Ram’, the Chief Minister refused to address the event, where Prime Minister Narendra Modi was present.

“Why do you hate ‘Jai Shri Ram’ slogan so much. You turn red with anger when such slogans are raised. Aren’t these slogans part of our culture,” the BJP president asked. He accused Ms Banerjee of giving more importance to “politics than culture and tradition.” “The tradition and culture of Bengal cannot be safe in the hands of such people,” he said, adding that the adjectives which Ms. Banerjee had attached to his name was not a reflection of the culture of the State.

It’s a “Didi- Bhaipho (aunt-nephew)” government, he said. “In the name of development, only the TMC workers have benefited”. He also accused the government of politicising the administration and institutionalising corruption.