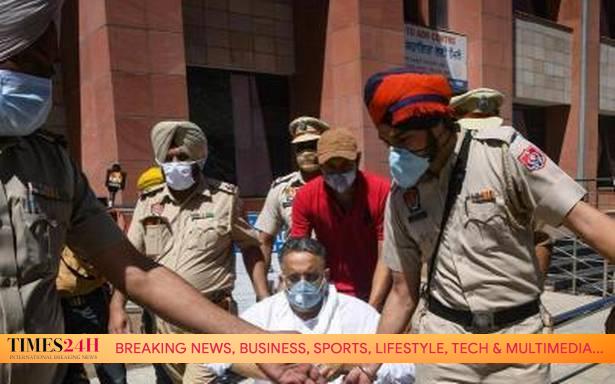 The Uttar Pradesh police on Monday said it had so far seized, freed or demolished property worth an estimated ₹192 crore linked to jailed MLA Mukhtar Ansari and people associated with him.

Meanwhile, a senior police officer said Mr. Ansari would be brought to U.P. from a jail in Punjab with adequate security in place following the directions of the Supreme Court and as per the Rules for Guards and Escorts 1970.

The State police had underlined that the apex court’s direction to the Punjab government to hand over custody of the MLA from Mau to U.P., was an “important sucess”.

Days after police in Barabanki registered an FIR against a woman BJP leader Alka Rai on charges of cheating and forgery after it surfaced that an ambulance with a number plate from the district was used to ferry Mr. Ansari from Ropar jail to a court in Mohali by the Punjab police, a suspected vehicle was found in Ropar, said Barabanki SP Yamuna Prasad.

A vehicle thought to be the suspected illegal ambulance was found near a dhaba in an “abandoned state” by a U.P. police team who had gone to Punjab, he said. If found to be the same vehicle, it would be taken into custody, he added.

Mr. Ansari has 52 FIRs lodged against him, of which 16 are sub-judice, said police.

Mr. Kumar said the alleged “illegal property” amassed by the controversial MLA was being attached under the Gangsters Act while illegal construction was being demolished. Other benami property of belonging to Mr. Ansari, defined by the government as a history-sheeter and gangster, and his associates was also being identified, police added.

A total of 96 persons linked to Mr. Ansari were so far arrested of which action against 75 was taken under the Gangsters Act, said Mr. Kumar. Weapon licenses of 72 such persons were cancelled or suspended, police added.