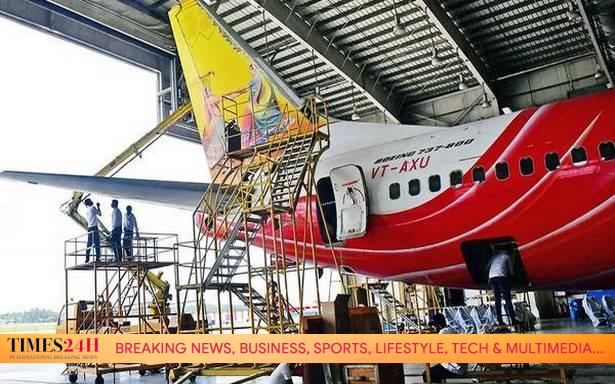 India’s maintenance, repair & overhaul (MRO) landscape is expected to boom with several new players currently waiting in the wings to join the MRO bandwagon, as per Aerospace and Aviation Sector Skill Council (AASSC), a body that manages skill development for the country’s Aerospace and Aviation sector, under the National Skills Development Corporation.

Even though the pandemic adversely hit the prospects of India’s aviation sector, t “The union government has been trying to trigger growth in the MRO space by creating a conducive environment,” said Rachit Bhatnagar, CEO, AASSC.

“Reducing GST on MROs from 18% to 5% and waiving customs duty on tools, kits and spare parts imported by MROs came as a big push, The country already has half a dozen MROs that are operational while several more are waiting to enter the space.” said Rachit Bhatnagar, CEO, AASSC. Air India Engineering Services, Air Works, Taneja Aerospace & Aviation, Max Aerospace and Aviation, GMR Aero Technic and SpiceJet Technic are active MRO players in the country.

Other than Karnataka and Maharasthra that have been fertile grounds for the aviation and aerospace sector, Tamil Nadu and Uttar Pradesh are planning a big foray into the space, including setting up dedicated corridors to host a gamut of services for the industry.

“Until a few years ago, almost all our airplanes flew to Malaysia, Singapore, UAE or Sri Lanka or other overseas MRO destinations for repairs and maintenance done. Today, we are able to handle 25% of such works within the country. In the next 5-10 years, we should be able to raise it to 50% and 70%, respectively. That means huge savings in time, fuel and money for airlines”

“AASSC has trained more than 16,000 people and placed 75% of them on various job. We now expect a boom in the MRO space; we are geared to train more people to equip them for emerging career roles in the sector,” he added.