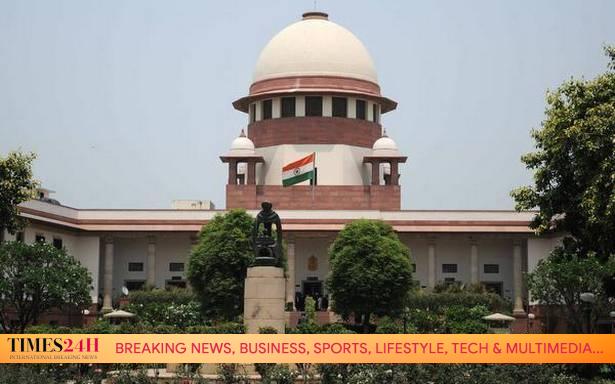 The Supreme Court on Wednesday flagged its concern that political parties could misuse crores of rupees received as donations through electoral bonds to bankroll violent protests or even terror.

Hours after a gunman opened fire in a supermarket in Boulder, Colorado, U.S. President Joe Biden asked Congress to ban assault weapons and mandate stricter background checks for those buying guns. The House of Representatives had passed two laws earlier this month that would require more background checks for potential gun buyers — the Bills are yet to be passed by the evenly split Senate, where it would require a majority of 60.

Stating that predatory pricing by e-commerce firms may lead to wiping out of competition and may be detrimental to consumers in the long run, a parliamentary panel has recommended that the government should announce a more clear-cut definition of what constitutes unfair trade practice along with practical legal remedy to tackle the issue.

The Central Board of Secondary Education has rolled out a new assessment framework for Classes 6-10 in English, Maths and Science in collaboration with the British Council. Under the new system, teachers will be trained to create question papers and other assessment methods that test the actual competency of students in these subjects, rather than their ability to memorise chunks of text.

In a rare gesture, Prime Minister Narendra Modi will visit the mazar or mausoleum of ‘Bangabandhu’ Sheikh Mujibur Rahman in Tungipara of Gopalganj district during his March 26-27 visit to Bangladesh, sources told The Hindu on Wednesday.

The torch relay for the postponed Tokyo Olympics began its 121-day journey across Japan on Thursday and is headed toward the opening ceremony in Tokyo on July 23. The ceremony was closed to the public because of the fear of spreading COVID-19 but was streamed live.

Prime Minister Narendra Modi on Wednesday asked everyone to visit tulip garden, located at the foothills of Zabarwan range in Jammu and Kashmir, and enjoy the warm hospitality of the people of the Union territory.

In an interview to The Hindu, Afghan Foreign Minister Haneef Atmar confirmed that he had reached out to the Indian leadership with the proposal this week, making it clear that Afghanistan believes India has an important role in the future Afghan reconciliation process.

In 2020, there were 18.05 TB notifications, which was a fall of 24% from 2019 due to the disruptions caused by the pandemic, according to the India TB report released by the Health Ministry on Wednesday.

Distancing himself from the Income Tax raids held on his party office-bearer’s premises that led to unearthing of unaccounted money, Makkal Needhi Maiam founder Kamal Haasan said he was a honest taxpayer.

Several years before he began his journey, which will eventually see him being sworn in as the 48th Chief Justice of India, Nuthalapti Venkata Ramana undertook an arduous journey by truck with ₹10 in his pocket.

Chennai Super Kings, on Wednesday, unveiled a new jersey, the first redesign since the inaugural 2008 edition. The new-look jersey features camouflage as a tribute to India’s armed forces and three stars atop the franchise’s logo.