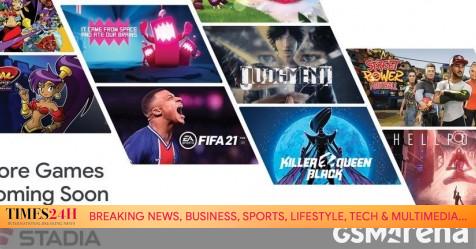 Google plans to add more than 100 new games to its Stadia cloud gaming platform in 2021.

Among these are Shantae: Half-Genie Hero Ultimate Edition and Shantae: Risky’s Revenge – Director’s Cut on February 23, he came from space and ate our brains on March 2, FIFA 21 on March 17, Kaze and the Wild Masks on March 26, Judgment on April 23, as well as Killer Queen Black, Street Power Football and Hellpoint, which did not get an official release date. Google recently announced the closure of its Stadia games studio, which means there won’t be any Stadia-exclusive games in the pipeline, but cloud streaming remains at the center of Stadia.

Weekly poll results: the Galaxy S21 Ultra is the favorite, but popularity of the S21 trio is in question