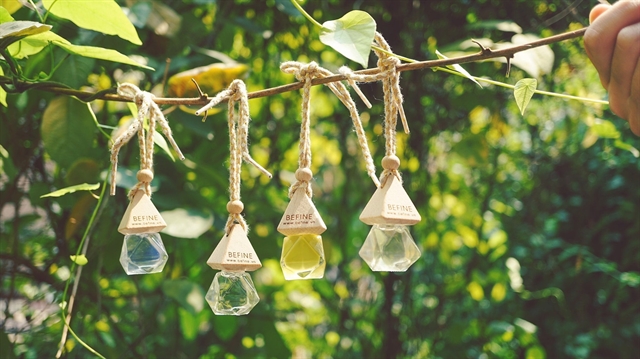 Befine is making a significant contribution to society and protecting the environment. Photo courtesy of Befine


Wishing to raise the value of local herbs, Trường, 24, and his company, Befine, extract essential oils from local agricultural by-products, making a significant contribution to society and protecting the environment.


“In parallel with business development, pursuing passion is a social responsibility. The products we produce and sell to the market should not only be safe for human health but also friendly to the environment,” Trường said.


During a visit to his hometown in Thạch Thành, he witnessed local farmers harvesting 500 hectares of lemongrass but they only took the roots. Other parts of the plant, particularly thousands of tonnes of leaves, were thrown away. It was this waste that inspired him to start his business.


“They were wasting a large resource that we could use to create products with higher value,” he said.


He also found that villagers were burning lemongrass leaves in the field for many years, which caused soil degradation, reduced yield and damaged the environment.


With this in mind, he decided to take advantage of these by-products to create value by extracting fragrant oil from the leaves.


He started studying the distillation process, how to collect lemongrass leaves, the right time for doing it and what equipment was needed.


In 2017, Trường decided to reserve his studies at university to return to his hometown to start a business of extracting oil from by-products of lemongrass, eucalyptus and mint.


Initially, his family and friends simply told him “It can’t be done,” but he ploughed ahead with his plan.


Knowing their son had cancelled his studies to work as a farmer, his parents were upset as they had toiled in the field their whole lives and did not want the same for their son.


“I have a special passion for clean agriculture and always wanted to return to develop and enrich my homeland. I also would like to help change the farmers’ mindset to work towards sustainable and friendly environment development instead of using chemical fertilisers,” said Trường.


In 2017, the young man decided to invest VNĐ600 million (roughly US$26,000) in production machinery and establishing a home workshop with four employees.


But he encountered many difficulties.


“From producing and managing to marketing and selling, all was new to a very young man like me with very little experience, and I knew I was weak in communication skills,” he said.


Though starting a business in the countryside had advantages in terms of labour, investment costs and abundant raw materials, the most difficult thing was refining his product.


Many times he had to pour away dozens of litres of poor quality essential oil due to failures during the extraction process.


In the first six months, he lost 5kg in weight because of staying up late working on adjustments to his essential oils.


But hardship never defeated him.


Trường kept researching until he got the first lot of good quality product.


In his first success, Trường obtained 30 bottles of essential oil from lemongrass leaves. His first products were quickly ordered by customers when he sold them on social networks.


Knowing that it was impossible to compete on price, he considered quality first, gradually building a reputation with partners at large pharmaceutical and cosmetic companies that had the ability to test the quality of his oils. Along with that, he built a fan page and e-commerce channels. 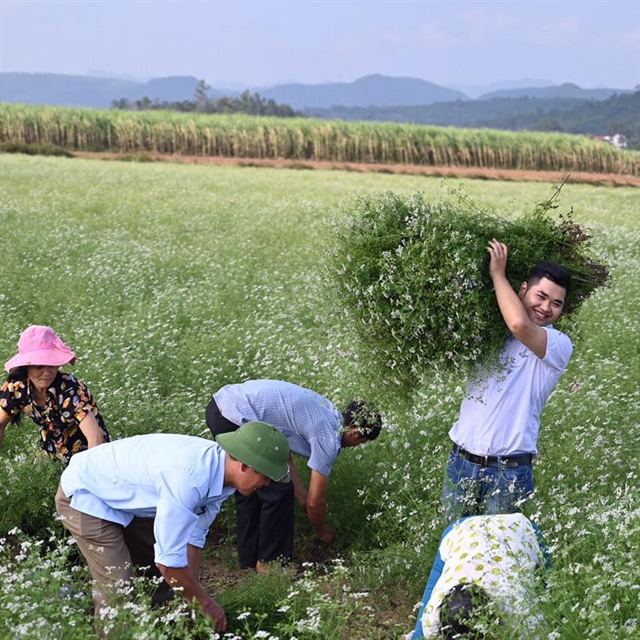 
“Doing some research, I noticed many products with unknown origin were invading over the market. I decided to livestream, film, and take photos of the local raw material in my area as well as the production process in my company to show customers,” he said.


“Thanks to that, there have been partners in the central and southern regions who are interested in my products because they can see the reality of production, not just empty advertising.”


About one year after the establishment of Befine in 2017, the process for selling and extracting essential oils from lemongrass leaves began to run smoothly, and the products started to receive positive feedback.


Having achieved initial success with lemongrass oil, Trường moved on to other aromatic herb products.


After three years of development, he now produces about 20 different types of essential oils and solid fragrances that are good for health and skin such as cinnamon, coriander, ginger, lemongrass, rose, grapefruit flower, tangerine, and mint.


The company owns 14 hectares of land for the raw materials and has links with other growers to purchase medicinal plants from a further 500 hectares. On average, it uses thousands of tonnes of raw materials each year, while creating jobs for about 70 workers.


Although Trường has good products and competitive prices, he faces much domestic competition.


Operating with a goal to support sustainable farming and rejecting chemical fertilisers, his company faces difficulties protecting medicinal herbs from pests and diseases, which affect crop yields and produce quality.


However, he said he would still follow the path that he had chosen toward clean and sustainable agriculture.


“After many failures in business, I learned a lesson that to be successful in business, I must create products that meet four standards: quality, price, the market and marketing,” he said.


The young businessman has focused on applying digital technology and organising sales and marketing programmes, taking advantage of a high-tech economy.


Along with traditional sales channels, he promotes selling through social networks such as Facebook, Zalo, and various e-commerce platforms, and has also reduced 40 per cent of his shipping and rental costs. 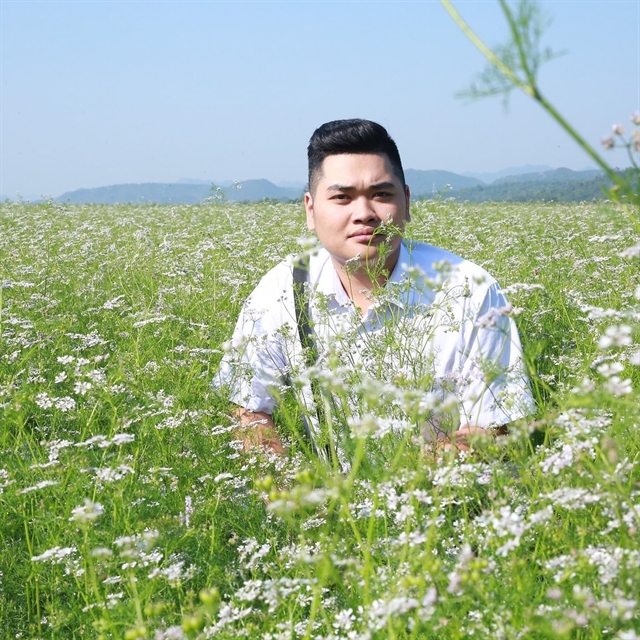 
Currently, his company provides about 100,000 bottles of high-quality essential oils and 10 tonnes of crude oil to the market each year.


The young businessman has also committed to ensuring the production of essential oils from organic medicinal plants and herbs grown in Việt Nam and bringing consumers the purest natural products. VNS