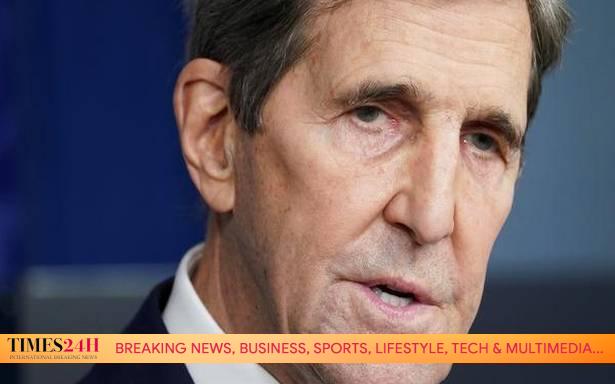 The Summit’s guest list is indicative of the priority the administration places on climate action and clean technology .

U.S. President Joe Biden will host a virtual ‘Leaders Summit on Climate’ on April 22 and 23, with 40 world leaders, including Prime Minister Narendra Modi.  In the run up to this, U.S. Special Envoy for Climate John Kerry will visit India in early April in the run up to this meeting, sources told The Hindu .

Other guests at the climate summit will include President Xi Jinping of China and President Vladimir Putin of Russia, both of whom have a challenging relationship with Mr Biden. With America’s re-entry into the Paris Agreement on climate, the summit seeks to put Mr Biden’s stamp on the fight against climate change, after the U.S largely took itself out of the international dialogue on climate action when Mr Trump, who is a climate change sceptic, withdrew the U.S. from the Paris Agreement.

The U.S. summit will highlight the urgent need to address climate change and the economic benefit of doing so, the White House said in a statement on Friday. It is also a prelude to the United Nations Climate Change Conference (COP26) which will be held in Glasgow in November, the White House said. The statement also sought to link climate action to better paying jobs and advancing the technological frontier — one of the themes of the Biden campaign.

Mr Kerry’s visit to India is part of the U.S.’s planning to Glasgow — he had said as much in February.

“I look forward to coming to India before too long, COVID notwithstanding, and be able to plot and plan with the leaders of India how we are going to make Glasgow a success,” he had said at the (virtual) World Sustainable Development Summit organised by The Energy and Resources Institute (TERI). The former Secretary of State had also said that he intends to work “very, very closely” with External Affairs Minister S Jaishankar, Prime Minister Modi and others in India on climate change.

Other U.S. officials, including Secretary of State Antony Blinken have talked about working closely with India on climate. In July last year Mr Blinken said that common global challenges cannot be solved “without India as part of the deal”.

Earlier in March, the Quad leaders summit — also hosted by Mr Biden — had set up a climate working group, one of whose objectives is to strengthen the implementation of the Paris Agreement, including keeping a Paris-mandated temperature limit achievable ( global warming of “ well below” 2 C, preferably 1.5 degrees relative to pre-industrial levels).

The Climate summit will also bring Mr Biden face to face (virtually) with Mr Xi and Mr Putin, a first since he assumed office (Mr Biden has only had phone calls with these leaders since January 20).

When asked if he had invited them on Friday, Mr Biden said, “I haven’t yet, but they know they’re invited.” The two countries were on the list as per the White House statement. The Biden administration, which had an acrimonious diplomatic exchange with Chinese officials on March 18 at their first bilateral engagement, held in Alaska, has said it will cooperate where necessary with China, repeatedly citing climate action as an example.

The long-term strains in the U.S.-Russia relationship were reinforced earlier in March when Mr Biden, agreed in an interview, that he though Mr Putin was a “killer” , resulting in Moscow recalling its Ambassador to Washington.

The Summit’s guest list is indicative of the priority the administration places on climate action and clean technology .

“In his invitation, the President urged leaders to use the Summit as an opportunity to outline how their countries also will contribute to stronger climate ambition,” the White House said, adding that the U.S. will announce a new “ambitious” 2030 emissions target as its Nationally Determined Contribution – all signatories of the Paris agreement are required to update their targets before the Glasgow conference.

Bhutan and Bangladesh are two other South Asian countries that have been invited to the summit. Bangladesh is a low-lying country and at high risk due to climate change. Some island nations – like Jamaica and the Marshall Islands – are also on Mr Biden’s guest list.