Ahead of the first orders arriving to customers on Friday, early reviews of the iPhone 12 and iPhone 12 Pro have hit the web. These reviews offer our first look at the iPhone 12 in the wild, including details on 5G support, new camera hardware, and more. 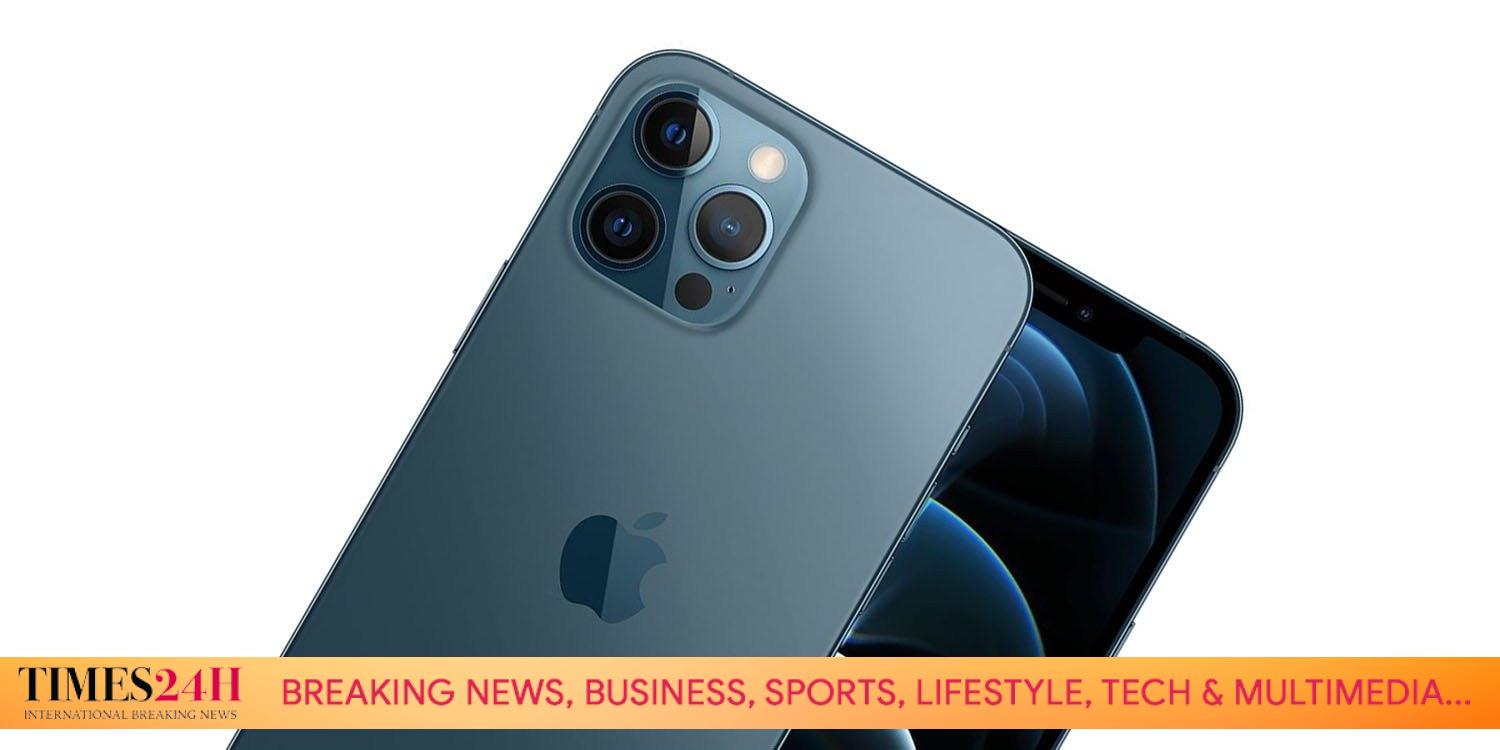 Writing for The Verge, Dieter Bohn praises the new iPhone 12 and says that “unless you’re waiting for the Max or mini,” it’s the one you should buy.

The iPhone 12 is going to be the default choice for a lot of people buying an iPhone over the next year, and it’s frankly fortunate that the default iPhone is so good. I think most people should get this instead of the iPhone 12 Pro. But I also think if you have an iPhone that’s working for you just fine, there’s not a must-have gotta-get-it feature here to compel you to upgrade. That’s how default phones work: when you need one, get one, and it will be way better than what you were using. When you don’t need one, don’t.

The Verge also offers some details on 5G performance in the wild, noting that performance is similar or better than Android phones:

As far as the iPhone itself goes, it performs as well or better than 5G Android phones. It can certainly handle the speed, and it appears to pick up signal without issue. It does get hot on mmWave, and it does impact battery life significantly if you overdo it. Apple is, however, doing a lot of work under the hood in iOS to tweak the 5G experience.

And some details on mmWave performance in Nilay Patel’s iPhone 12 Pro review.

There’s a Verizon mmWave 5G tower just across the street from our office, and the iPhone 12 Pro was fast to latch onto it and light up the UW indicator. In a patch of 20 glorious square feet, I pulled over 2 gigabits per second down. (And 40 megabits per second up, which matched regular 5G.) If I walked 100 feet away, the signal dropped, and that was that. I hope you are not anticipating being very mobile with your 5G mobile phone if you have giant files to download. Using mmWave definitely made the phone get a little warm, and it seemed to drain the battery a little faster. It’s good that it’s very difficult to use mmWave, I suppose.

For CNBC, Todd Haselton has some details on the durability improvements in the iPhone 12 and iPhone 12 Pro:

I asked Apple about the throwback design, which is similar to 2010′s iPhone 4 (and the current iPad Pro and iPad Air) with flat edges and sharper corners. Apple said it helps the phone’s durability if it drops. And while I didn’t drop the phone to find out, Apple also claims the new “Ceramic Shield” glass on the front is four times more resistant to damage from drops. The iPhone 12 and iPhone 12 Pro are more water resistant and can survive under 6 meters of water for up to 30 minutes. I don’t shower with my phones, but you could if you wanted to.

CNET noted some inconsistent speed test results when using 5G, which is likely more of a carrier issue than an iPhone 12 issue:

I tested these phones in Greenville, South Carolina on both T-Mobile’s 5G network and Verizon’s Nationwide 5G (the non-mmWave version without the bonkers speeds). I was impressed with the coverage both carriers offered, but not always with the consistency of 5G speeds. Using the app SpeedTest, the iPhone 12 on T-Mobile recorded download speeds between 10.4 and 14.9Mbps while the iPhone 12 Pro on Verizon clocked in between 97.9 and 104Mbps for downloads.

For The Wall Street Journal, Joanna Stern writes that you shouldn’t consider the iPhone 12 for its 5G support, but rather “for the best design in years and a great set of cameras.”

Most people won’t be on superfast 5G, and will find the battery life on these phones to be solid. They lasted a full day of fairly heavy use—though fell a bit short than the iPhone 11, which consistently leaves me with at least 15% before bed time.

A lot of this is just 5G growing pains. The carriers and Apple are betting that as the networks expand, and phones get into more hands, we’ll see apps and services we can’t yet imagine—just as 4G enabled the likes of Uber and Instagram.

CNN has praise for the new iPhone 12 Pro camera system, though differences between it and the iPhone 11 Pro are sometimes hard to discern:

Year over year in comparison to the iPhone 11 Pro, the shots are pretty similar. It’s quicker to take the shot and focus in on a subject by about three to four seconds. And, with Night Mode, we found the experience to pack a bit more brightness without losing details. If you’re new to Night Mode on the iPhone, we think you’ll be impressed with just how good it is. Take a look at the shot below in which we shoot through a glass door into a full dark store. You can make out some signage and even chairs. Flash alone won’t accomplish that.

Input praises the new A14 Bionic processor, saying that it makes the iPhone 12 “so powerful, no Android phone even comes close.”

In real-world applications, the A14 Bionic speeds up everything. iOS 14 is snappier, apps open up quicker, and loading and rendering times for graphics-intensive games like NBA 2K21 and Sky: Children of the Sky are faster. Little iOS things like preparing a batch of hundreds of photos and videos for AirDropping to another device (yes, I am this guy), cropping and making adjustments to 4K video without long rendering times, and processing long time-lapses all benefit from the extra power.

The LiDAR array is very nice to have on the iPhone 12 Pro. There is one completely new mode that is not available on the iPhone 12 here — Night Mode Portraits. The autofocus improvement is active in any low light situation.

The ISP and Neural Engine improvements on iPhone 12 mean that these devices can now use Deep Fusion and Smart HDR 3 on all cameras. And, of course, on the iPhone 12 Pro they also handle LiDAR integration for autofocus and even Night Mode portraits now. This means that at one time you could have a dozen layers of image processing, depth maps, segmentation maps, tone mapping and data from multiple sensors all firing off and being processed in the space of one shutter press.

Pocket-Lint says the difference in screen and body size between the iPhone 11 Pro and iPhone 12 Pro is less noticeable than you might think:

The end result is a larger display in a device that hasn’t grown as much as you might expect, so it’s only a fraction larger than the iPhone 11 Pro that came before it. It was something we were concerned about, but now in our hand, all you notice is that the screen is that bit bigger – it’s gone from 5.8-inches to 6.1-inches – which is going to be a lot more useable day-to-day.

For the iPhone 12, Pocket-Lint also praises the camera upgrades:

The great thing is that you can take advantage of all the tech from across the camera system on any of the lenses – portrait mode, night mode, HDR, works on the front and rear cameras. The combination of all this tech are pictures that are impressive time and time again. Colours are strong, images crisp, and although the Portrait mode algorithms can still be a little aggressive at times, considerably better than they’ve previously been, although edge detection isn’t the best out there. And switching between the two cameras isn’t noticeable. Everything matches. It’s one seamless experience.

If you’re looking at the 12 Pro, the differences are minute: It’s just a hair thinner and lighter than the 11 Pro. But the regular iPhone 12? What a difference a year makes. The iPhone 11 was chunky in a cute way, but this year’s model is 11 percent thinner and 16 percent lighter, according to Apple. While those might not sound like dramatic changes, you can really feel the difference. That said, I’m not sure everyone will enjoy that reduction in weight — I know quite a few folks who like devices like the iPhone 11 becauseof its heft, since it feels more substantial.