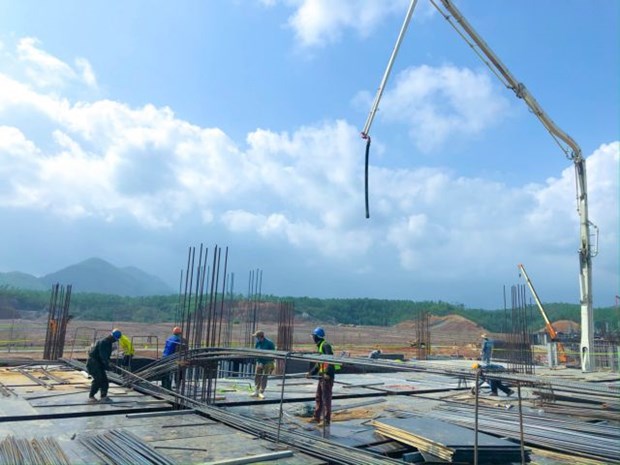 Da
Nang (VNS/VNA) – Trung Nam Group has started construction of
five factories at the Information Technology and Communication (ICT) Service
Zone in the central city of Da Nang to host the moves of global supply chains.

The general director of Trung Nam Group, Nguyen Tam Tien, said the factory
chain would be built on 9.3ha at Da Nang Information Technology Park with an
investment of 1.5 trillion VND (65.2 million USD).

The group would also develop an apartment and villa zone for expert and
engineers and an eco-park project on 26ha with a total of 2.1 trillion VND (91.3
million USD) for accommodation facilities for investors and their families in
the near future, he said.

“We debuted the first surface-mount technology (SMT) factory with a capacity of
6.2 million electronic products per year at the Da Nang Hi-tech Park last year
after three months of research,” he said.

He said the operation of the SMT factories chain will be a key step in
building the Da Nang IT Park as central Vietnam’s ‘Silicon Valley’, and
call for investors from Silicon Valley and the US to invest in high-tech
industries, artificial Intelligence (AI) and automation.

Trung Nam completed the first investment phase on 131ha at Da Nang IT Park with
an investment of 47 million USD. It plans to develop the second phase on
another 210ha with estimated funds of 74 million USD.

Universal Alloy Corporation – a leading global manufacturer of aircraft
components for aerospace companies – from the US launched its factory for
aircraft components worth 170 million USD, at the city’s Hi-Tech Park last
March.

Alton Industry from the US also plans to build a robot manufacturing project in
the city’s Hi-tech Park.

Last year, South Korea’s LG Electronics and Trung Nam Land JSC inked an
agreement with a vision to transform Da Nang into the centre of technology
and R&D in Vietnam./.