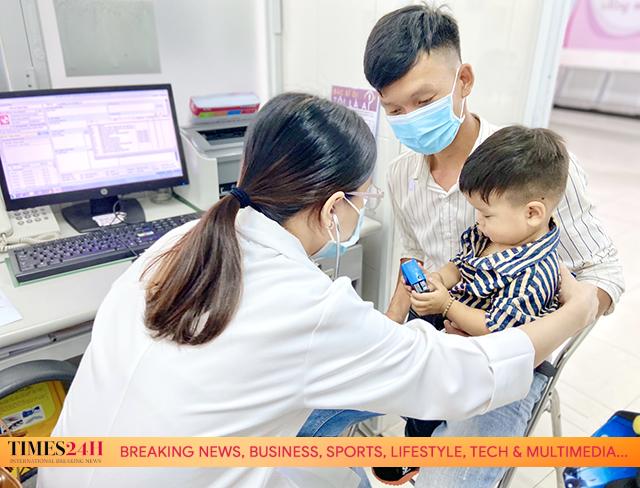 A child is given a vaccine at Đồng Tháp Province’s Centre for Disease Control. — Photo suckhoedoisong.vn

No cases of wild polio were reported in 2020. This is the 20th year Việt Nam has successfully eradicated polio and also the 15th year of neonatal tetanus elimination, according to Associate Professor Dương Thị Hồng, deputy director of National Institute of Hygiene and Epidemiology.

Notably, in the first months of 2020, the country recorded 212 cases of diphtheria and five deaths. Diphtheria outbreaks mostly occurred in four provinces in the Central Highlands and Quảng Trị Province.

Ninety-four per cent of diphtheria cases were in children over five years old and adults.

To deal with such situation, the Ministry of Health launched a vaccination programme against diphtheria and a five-in-one combination vaccine against diphtheria, tetanus, whooping cough, hepatitis B and Haemophilus influenza type B for all people in four provinces of the Central Highlands.

This helped control the diphtheria epidemic and no new cases had been recorded for more than a month, Hồng said at a recent workshop on expanded immunisation.

From 2018 to 2020, cities and provinces had been equipped with specialised freezers with financial support from the Government and GAVI-The Vaccine Alliance to preserve vaccines, said Đặng Thị Thanh Huyền, deputy dead of the National Expanded Immunisation Office.

In 2021, the National Expanded Immunisation Programme would promote activities to maintain the full vaccination rate for children under one-year-old to more than 95 per cent nationwide, she said.

It was expected that about 1 million children aged 1-5 years old in high-risk areas would be vaccinated against measles-rubella in 2021.

More than 90 per cent of districts nationwide would be equipped with new specialised freezers to ensure the quality of vaccine preservation in expanded vaccination programme. VNS