India calls for direct peace talks between Israel, Palestine based on global consensus 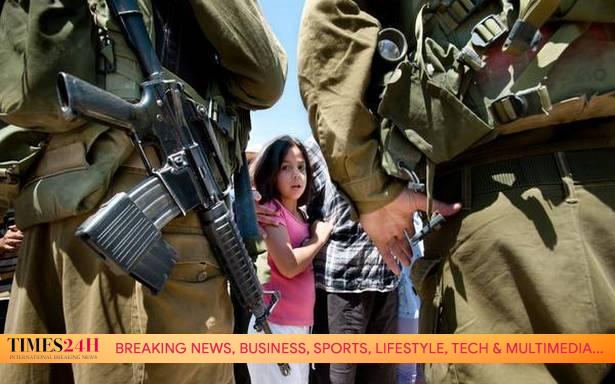 With Israel in the process of forming a government and Palestine facing elections in the coming months, India has said the international community must use this phase to focus on how to encourage the parties back to “meaningful negotiations” for achieving a peaceful solution to the dispute.

Israel and Palestine have been in conflict for decades over various political issues such as borders, refugees and the control of Jerusalem. The two-state solution has for decades been the primary focus of efforts to achieve peace in the Israeli-Palestinian conflict.

“India has consistently called for direct peace negotiations between Israel and Palestine, based on a global consensus on the end-goal of a two-state solution,” India’s Permanent Representative to the United Nations Ambassador T.S. Tirumurti said at the Security Council briefing on the Middle East (Palestine) on Thursday.

He said the upcoming months will witness government formation in Israel and elections in Palestine.

The first Palestinian elections in 15 years are slated to begin in May.

Also read: Explained | Why has the Israel-UAE pact unsettled Palestine and Iran?

“The international community must use this phase to focus on how to encourage the parties back to meaningful negotiations with the goal of achieving a peaceful solution to the dispute,” Mr. Tirumurti added.

Voicing appreciation for the efforts by the Quartet and other countries towards resuming direct negotiations between the parties, Mr. Tirumurti said India will support all international efforts, including the peace conference called by President Mahmoud Abbas, that attempt to achieve a just, lasting and comprehensive resolution to the Israeli-Palestinian conflict. New Delhi stands ready to contribute constructively to such efforts, he said.

Mr. Tirumurti said resolution 2334 adopted by the Security Council calls for advancing the two-state solution through negotiations as well as to reverse negative trends on the ground, which includes settlements.

“We urge parties to refrain from all unilateral measures that vitiate conditions necessary for promoting peace and instead focus on bridging the trust deficit.” He noted that Resolution 2334 also calls for preventing all acts of violence against civilians, including acts of terror, and for both parties to refrain from provocative acts of incitement and inflammatory rhetoric. These will create conditions for launching “credible negotiations on all final status issues”, he said.

Palestinians and Israeli activists trying to block Route 60, the main Jewish settler road in the West Bank, as a protest against the confiscation of Palestinian land. | File

UN Special Coordinator Tor Wennesland told the Council expressed deep concern over the continued Israeli settlement expansion, particularly into highly sensitive areas, which “entrench the Israeli occupation, erode the possibility of a contiguous, independent and viable Palestinian State and further threaten the prospect of achieving a two-State solution.” The solution would establish an independent Palestinian state alongside Israel — two states for two peoples. In theory, this would win Israel security and allow it to retain a Jewish demographic majority (letting the country remain Jewish and democratic), while granting the Palestinians a state.

Urging Israel to cease the advancement of all settlement activity immediately, Mr. Wennesland reiterated that “settlements have no legal validity and constitute a flagrant violation of international law.”

Mr. Wennesland further said that Palestinian unity is essential for progress and free, fair and inclusive elections throughout Gaza and the occupied West Bank, including East Jerusalem, are a first step. “I am encouraged by the steady advance toward the holding of Palestinian elections and urge the parties to carry on their dialogue and overcome remaining differences.”

“The international community must continue, throughout the process, to support Palestinian efforts to restore democracy and legitimacy to their national institutions. This includes the deployment of observation missions despite COVID-19 challenges.” Mr. Tirumurti welcomed reports of agreement between Palestinian parties on the technicalities for the upcoming legislative elections, including a code of conduct intended to preserve the transparency and integrity of the election process.

“We encourage all parties to continue the dialogue and resolve other pending issues to ensure the smooth conduct and conclusion of the Parliamentary, Presidential and National Council elections,” he said.

Also read: One state push for Israel and Palestine?

Mr. Tirumurti added that resumption of civil and military coordination between Israel and the Palestinian Authority is a welcome step, noting that this along with regular and timely transfer of PA’s entitled tax revenues will alleviate the humanitarian situation in West Bank and Gaza.

“India strongly supports a negotiated solution resulting in a sovereign, independent, and viable State of Palestine living within secure and recognized borders, side by side at peace with Israel,” he said.

Taking note of the efforts by Government of Israel to facilitate the transfer of vaccines to Palestinian territories, India welcomed efforts of member states and various UN agencies in supporting the Palestinian Authority’s preparedness to receive and administer vaccines, including through the COVAX facility.

India has voluntarily contributed $15 million to the United Nations Relief and Works Agency for Palestine Refugees in the Near East over the past three years and has committed another $10 million for 2021-2022.