Last May, Huawei unveiled its FreeBuds 3i wireless earbuds which offered active noise cancellation and up to 17 hours of battery life. Now we have confirmation that Huawei is working on a successor dubbed FreeBuds 4i as it appeared on the website of the Bluetooth regulator SIG. 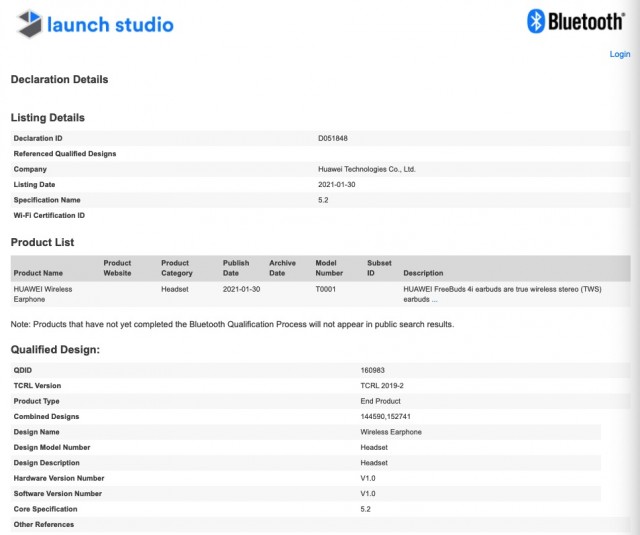 Upcoming headphones carry the model number T0001 and Bluetooth 5.2 connectivity. The headphones were also spotted in SGS Fimko and TENAA certification listings, which revealed that the Freebuds 4i’s charging case would contain a Li-ion battery and charge via USB-C.