Harvard University and Google were able to create the most detailed and comprehensive 3D map of the brain.

The new study titled “A connectomic study of a petascale fragment of human cerebral cortex” revealed that the involved researchers from the search engine giant and the popular school used more than 225 million images to make this amazing innovation. 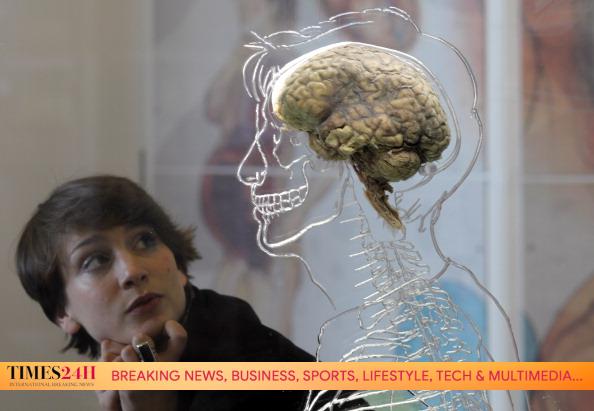 (Photo : Photo by Matt Cardy/Getty Images)
Nicole Briggs looks at a real human brain being displayed as part of new exhibition at the @Bristol attraction on March 8, 2011 in Bristol, England. The Real Brain exhibit – which comes with full consent from a anonymous donor and needed full consent from the Human Tissue Authority – is suspended in liquid with a engraved full scale skeleton on one side and a diagram of the central nervous system on the other and is a key feature of the All About Us exhibition opening this week.

“We acquired a rapidly preserved human surgical sample from the temporal lobe of the cerebral cortex,” said the scientists.

“We used computational methods to render the three-dimensional structure of 50,000 cells, hundreds of millions of neurites, and 130 million synaptic connections,” they added.

To give you more idea, here are major details of Google’s so-called H01 dataset.

According to The Syfy Wire’s latest report, the Harvard University, together with Google, claimed that they were able to make a color-coded map of around 4,000 incoming axons to a single neuron. 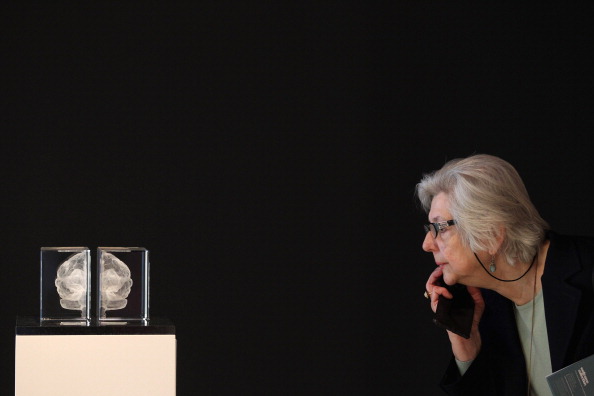 (Photo : Photo by Dan Kitwood/Getty Images)
A visitor looks at an artwork entitled ‘My Soul’ by Katharine Dowson which consists of a laser etched lead chrystal glass formation in the shape of a brain, and was created using the artists own MRI Scan on March 27, 2012 in London, England. The exhibit makes up part of the Wellcome Collection’s major new exhibition, ‘Brains’ which includes slices of Einstein’s brain, 3000 year old trepanned skulls, ancient Egyptian mummified brains and brains in jars, and opens to the public from March 29 June 17, 2012.

Their innovation could help various medical experts and other scientists to understand more about how the human brain works. On the other hand, Google said that the so-called H01 Dataset is so detailed that they need to use a supercomputer with around 1.4 petabytes of data.

What makes this new advanced brain map amazing is that it contains millions of brain elements even though it is just one-millionth of the volume of the whole human brain.

As of the moment, Harvard University and Google haven’t confirmed if it will also create a complete 3D brain of the map comparable to the new H01 Dataset. If the involved researchers decided to work on it, Google and Harvard will take a long time to complete mapping the entire human brain.

Google Also Wants To Build Its Own Supercomputer

Since Google seems to work on various technologies, the search engine giant also claimed that it will make its own supercomputer useful for quantum computing.

The search engine giant claimed that this new technology could arrive this coming 2029, as reported by The Verge. This just shows that Google is not only about apps, gadgets, and browsers. The giant tech firm is also capable of exploring other sections of the tech world.

Related Article: There is a Brain Technology That Allows Brain-to-Brain Connection Between Friends