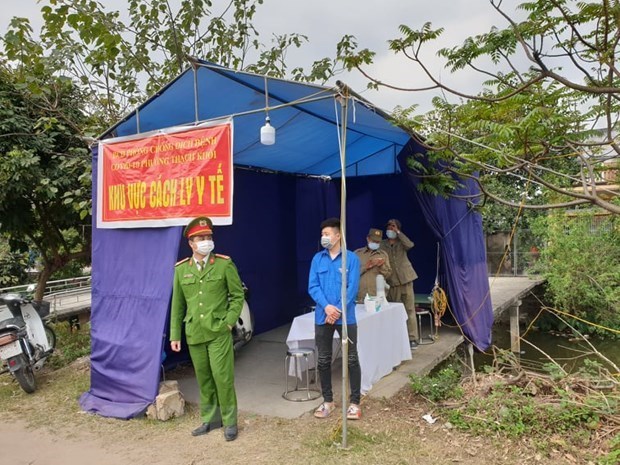 Hai Duong (VNA) – Police of Hai Duong city in the norther province of the same name on February 22 decided
to start legal proceedings against a case of “spreading contagious disease to others”, which
occurred at No.15 Tran Sung Dinh, Hai Tan ward, Hai Duong city.

According to initial investigations, from February 1-15, a
52-year-old woman, residing at No.15 Tran Sung Dinh, was suspected of contracting COVID-19, but did not follow prevention regulations and make medical
declarations, resulting in three other infections at the same address.

Earlier, the woman visited Hai Duong city’s Blind
Association and had close contact with another woman who then was confirmed as
a COVID-19 patient.

She showed symptoms of cough, fever and tiredness from
February 3 and was announced to be suspected of contracting COVID-19 on February 11.
She then tested positive for the coronavirus on February 15.

However, after working with the investigation police agency for
many times, she did not declared that she had come to Hai Duong city’s Blind
Association and directly contacted with the confirmed COVID-19 patient.

She only admitted that on February 17 when the data on her
phone calls was collected.

The woman did not declare enough information related to her
epidemiological history, so prompt prevention and control measures could not be
taken, thus making three family members infected with the coronavirus SARS-CoV-2.

Her act also made her residential area put under lockdown, thus
causing economic losses for the locality./.

The tourism industry has no staff