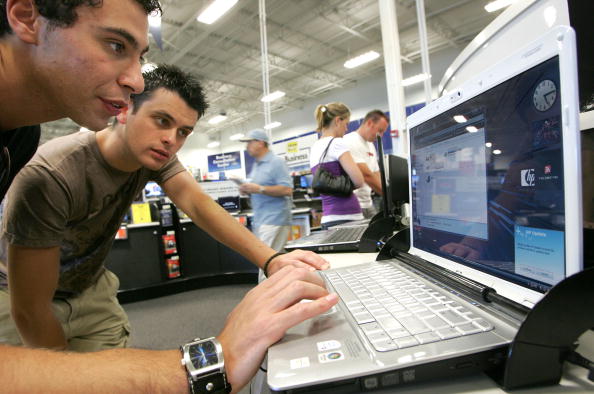 (Photo : Photo by Justin Sullivan/Getty Images)
Best Buy customers Andre Vaz (L) and Zoran Kostov test an HP laptop at a Best Buy store May 8, 2007 in San Francisco, California. Computer maker Hewlett-Packard raised its second quarter outlook today stating that sales from the quarter will jump from $25.5 billion to $25.55 billion with the net income up from 65 cents to 70 cents.

Since it is a serious connection issue, the United Kingdom government’s official webpage, Spotify, Amazon, and other popular sites, are currently forced to go offline.

The global internet outage started on June 8, which affected millions of users across the globe. Aside from the mentioned websites, Twitch, Netflix, as well as new websites such as BBC, CNN, The Guardian, and The New York Times, are also down right now.

To give you more idea of how serious this connection outage is, here are other details of the latest massive internet glitch.

According to The Daily Mail UK’s latest report, the latest global internet glitch also affected some airline passengers. These people complained that they tried to fill out locator forms on UK.Gov to enter the U.K. from Portugal. 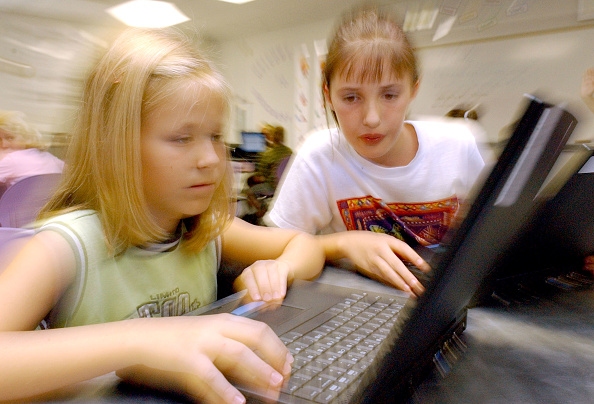 (Photo : Photo By Justin Sullivan/Getty Images)
Two girls work on their laptops during class August 31, 2001at the Discovery Charter School in Tracy, Calif. The charter school with 125 fifth and sixth grade students is the first in the nation to operate a “paperless” system with all students issued a laptop with a wireless connection to a server that has all the daily lessons.

On the other hand, some global flights were also affected since travelers could not access their preferred airline web pages. Aside from the United Kingdom, Asian countries were also hit by the massive internet issue.

ABC News reported that residents in Singapore and Hong Kong complained that they are having some trouble when accessing the official site of CNN.

However, some people said that they can now connect to Amazon, Reddit, Spotify, and other websites that were affected by the outage.

What Cause the Internet Outage?

The U.S. Firm, Fastly confirmed that it is the one behind the current internet outage. Experts and other critics said that the issue is a serious one since Fastly is a large CDN (content delivery network) company that allows users to access various websites smoothly and quickly.

“The issue has been identified and a fix has been applied. Customers may experience increased origin load as global services return,” said Fastly.

“Looks like it is slowly coming back. It is serious because Fastly is one of the world’s biggest CDNs and this was a global outage,” added one of Kentik’s internet infrastructure researchers, Doug Madory.