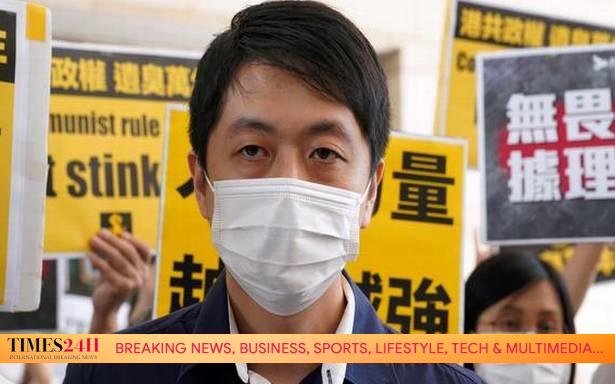 CFormer Hong Kong pro-democracy lawmaker and activist Ted Hui Chi-fung said he had relocated to Australia where he would continue campaigning against the Chinese Communist Party.

The 38-year-old fled Hong Kong for Europe in December while he was free on bail on protest-related charges.

Hui on Wednesday thanked the Australian government for intervening so that he was allowed to travel from London to Australia this week on a flight that was repatriating Australian citizens.

Australia has limited the pandemic spread by denying permission for most people who are not Australian citizens or residents to enter the country.

“I actually couldn’t get any flights on the commercial market so I had to ask the Australian government for assistance and they were so kind for facilitating situations and they put me on the list and gave me the eligibility so that I could actually get on a repatriation flight with other Australians going home,” Hui added.

Hui arrived in Australia on a 12-month tourist visa on Tuesday and would remain in hotel quarantine for two weeks, The Australian newspaper reported.

Immigration Minister Alex Hawke’s office did not immediately respond to a request for comment.

Hui was the only Hong Kong activist to be granted an exemption to enter Australia since the pandemic began, ABC reported.

Hui said on social media that “applying for asylum” in Australia “would be my last option.”

Dapiran, who is not representing Hui, said the activist was facing several charges in Hong Kong and was being investigated under the sweeping national security law that Beijing had imposed on the semi-autonomous territory in response to massive and sometimes violent pro-democracy rallies in 2019.

Scores of democracy advocates have been arrested for allegedly violating the law, which critics say erodes the rights and freedoms promised to Hong Kong under the “one country, two systems” framework following the handover from British colonial rule in 1997.