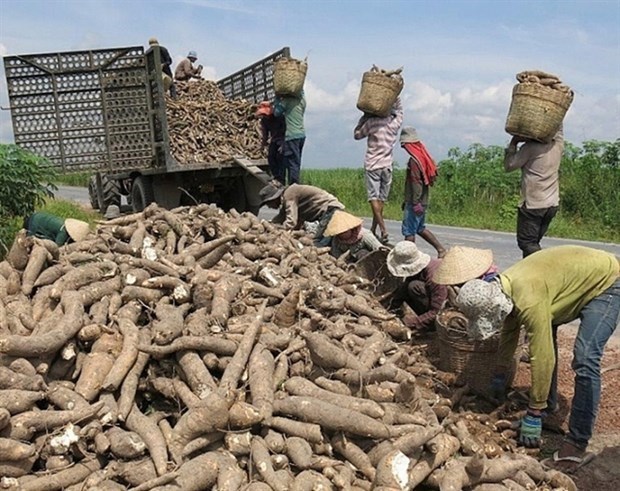 Exports of cassava and its by-products are reported to have increased significantly since the beginning of this year (Illustrative photo: congthuong.vn)

Hanoi (VNA) – Exports of cassava and its by-products are reported
to have increased significantly since the beginning of this year, according to
the Ministry of Agriculture and Rural Development.

China held the lion’s share during the period, with 96 percent of volume
and value.

Other markets bringing in more than 1 million USD in export value in
January included the Republic of Korea, with 9,279 tonnes, and Taiwan (China) with
5,491 tonnes.

Exports last year reached 2.76 million tonnes, earning 989 million USD,
an increase of 9 percent in volume and 2.4 percent in value compared to 2019. The
average export price, however, fell 6 percent to 358.3 USD per tonne year-on-year./.