Elon Musk is teasing a new venture for The Boring Company, and it’s a project called “Hyperloop,” which entails an intercity tunnel initiative that will help solve traffic problems. It will help people move from one city to another to avoid traffic situations on the ground.

According to the CEO, the Hyperloop also promises a tunnel system that will survive the worst natural disasters such as hurricanes. 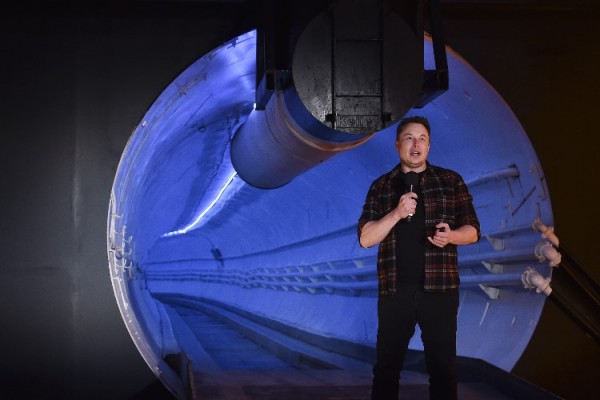 Elon Musk took to Twitter today and chose to tease a new venture for one of his many companies, with The Boring Co.’s new Hyperloop, which he announced on social media. The Hyperloop belongs to a “known physics point of view” that will focus on an intercity tunnel system to transport a person from one place to another by cars in the fastest possible way.

Musk said the Hyperloop is the fastest way to travel at distances less than ~2,000 miles, and beyond that would be the focus and power of the Starship. The CEO teased this when he replied to some of the cities in the world with the worst traffic cases, with several locations in the United States.

Boring Co will try to build a working Hyperloop in the coming years.

From a known physics standpoint, this is the fastest possible way to get from one city center to another for distances of less than ~2000 miles. Starship is faster for longer journeys.

One of the suggestions the CEO responded to is a Hyperloop tunnel from Baton Rouge to New Orleans, Louisiana.

The CEO also added that it is immune to surface weather conditions, mainly underground ventures such as tunnels and subways such as the projects of The Boring Co. He confirmed that such tunnels would not feel anything even during hurricane situations when traveling from one place to another.

Underground tunnels are immune to the weather on the surface (subways are a good example), so Hyperloop wouldn’t care if a hurricane was raging on the surface. You wouldn’t even notice.

One user said such tunnels should also focus on how to evacuate from a weather-stricken city to a safe haven.

The traffic solution from The Boring Co.

The Boring Company delivered the world’s first tunnel system that will bring a high-speed system that will use electric vehicles under Las Vegas as the first project for its ventures. It will drive Tesla’s electric cars that use the Autopilot or Full Self-Driving features to drive them through the tunnel system for an efficient method of transportation.

Rather than making electric trains that require railings and other requirements, the company ingeniously uses its sister company’s EVs, giving them a different purpose under the roads. One of The Boring Co’s next projects. is a tunnel system in Miami’s Fort Lauderdale that gives the location a chance to avoid traffic even in the tourist spots.

Now there is a new venture of the company that will focus on giving a different solution to the traffic, and the target cities are targeting people who are suffering from the worst situations in the world. There’s no telling what city The Boring Company’s next project would be, but Musk’s latest tweet focuses on the Hyperloop that will solve intercity traffic and traffic.