Elon Musk Paid Exactly $0 in Taxes in 2018, According to IRS Leak

Elon Musk has been hitting the headlines lately, but perhaps this is among the biggest ones concerning the tech mogul.

According to Futurism, a certain leak from the IRS revealed that Elon Musk paid exactly $0 income tax in 2018. The information comes from ProPublica, a self-proclaimed investigative journalism group, who managed to obtain the data, presumably direct from the IRS itself. 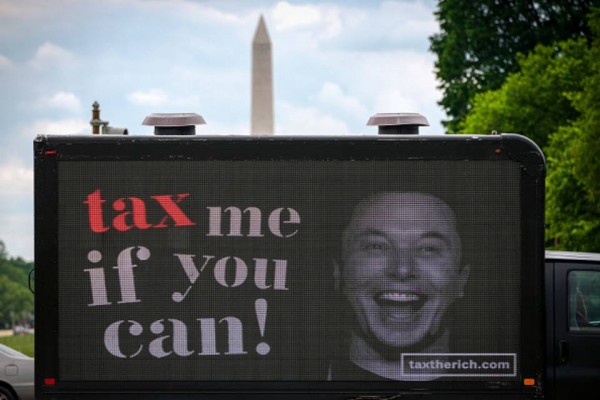 (Photo : Drew Angerer/Getty Images)
WASHINGTON, DC – MAY 17: A mobile billboard calling for higher taxes on the ultra-wealthy depicts an image of billionaire businessman Elon Musk, near the U.S. Capitol on May 17, 2021 in Washington, DC.

An article on Gizmodo also reports these significant details about Elon Musk and his tax escapades. Apparently, he only paid $68,000 in federal income taxes in 2015, which dropped to $65,000 two years later. And, of course, he paid nothing in 2018. It’s something quite bad considering the scope of the Tesla and SpaceX founder’s immense wealth.

Elon Musk currently has a net worth of $151 billion at the time of this writing, which puts him at 3rd place on the world’s richest list behind Amazon CEO Jeff Bezos ($190 billion) and luxury brand tycoon Bernard Arnault & family ($193 billion), according to the real-time billionaires’ list by Forbes.

This issue is also only one of the many recent things being hurled against Elon Musk, who has been quite controversial lately due to his high-profile involvement in the cryptocurrency market.

Elon Musk Isn’t the Only One

But of course, Elon Musk isn’t the only billionaire in the world who pays little to nothing in federal taxes. This phenomenon has been “tried-and-tested” among several of the world’s richest people over the years, and the ProPublica report reveals that.

In fact, one of them is Berkshire Hathaway CEO Warren Buffett, a man famous for advocating an increase in taxation for the super-wealthy. The ProPublica report revealed that Buffett only paid $23.7 million in federal income tax during the same time period as Musk, despite his overall net worth increasing by $24.3 billion.

Jeff Bezos is also name-dropped in the report, revealed as having paid no federal income tax in 2007 and 2011. It was also reported that Bezos even claimed to have lost some money, going as far as claiming a $4,000 tax credit for his kids one time and claiming that a good amount of his losses from various investments surpassed his total income.

Another Day, Another Elon Controversy

Musk has been trending in the cryptocurrency community lately, eventually attracting the attention of the infamous hacker group Anonymous. Members (or at least people who claim to be affiliated) of the group posted a video calling out Elon Musk for “trolling” crypto values by repeatedly tweeting about it. 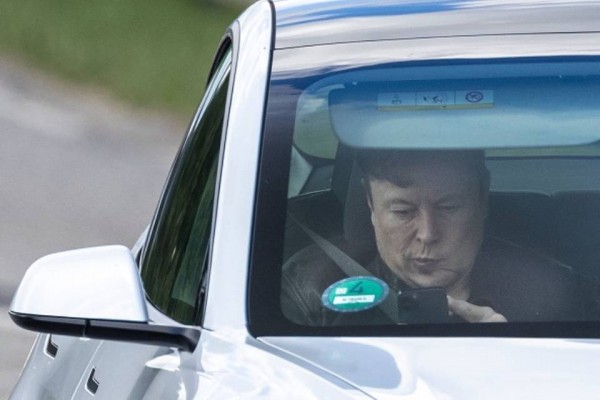 (Photo : Odd ANDERSEN / AFP via Getty Images)
Tesla CEO Elon Musk uses his mobile device as he sits in the car arriving to the construction site for the new plant, the so-called “Giga Factory”, of US electric carmaker Tesla in Gruenheide near Berlin, northeastern Germany.

But then again, the world is experiencing a crypto boom. Even the most recent Tweets from Musk himself don’t seem to affect cryptocurrency values as much as they did before. The recent attack from Anonymous was also downplayed a bit by Musk, which likely makes it apparent that he doesn’t consider the group much of a threat to his empire.