Electric flying taxi, “Maker,” which take-offs and lands vertically, launched in Los Angeles on June 10. Its commercial release is expected to be in 2024. 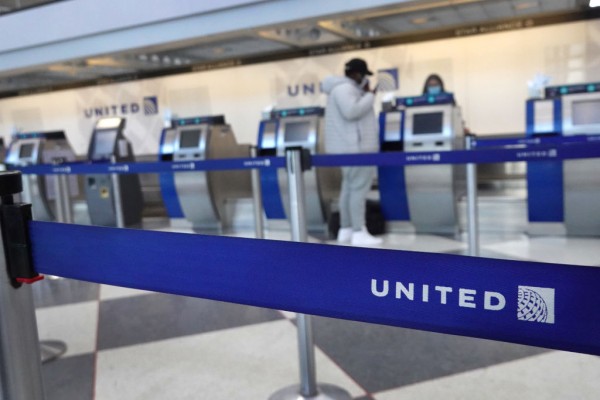 (Photo : by Scott Olson/Getty Images)
CHICAGO, ILLINOIS – FEBRUARY 05: A passenger arrives for a United Airlines flight at O’Hare International Airport on February 05, 2021 in Chicago, Illinois. United Airlines and American Airlines, two of the nation’s largest carriers, are anticipating having to furlough thousands of employees as both companies continue to see a pandemic-related lag in air travel.

United Airlines invested about $20 million in Archer Aviation to help the production of Maker, Bloomberg reported. The electric taxi was unveiled at an event on Thursday, June 10, in Hawthorne, California.

Bloomberg added that companies, which the majority are airlines, hopped onto the electric flying taxi development to fix traffic congestion and, at the same time, help the environment due to its zero emissions.

The idea of Maker birthed from two college buddies that wanted to find a solution to traffic congestion and pollution, as per Forbes.

It could help ease up the congestion below as people will instead travel through the air. And, of course, electric vehicles are emissions-free.

“We’re working on a project that has the potential to help curb carbon emissions,” Archer co-founder and CEO, Brett Adcock, said.

Adcock added that Maker has “the potential to help fix traffic problems because even if we have electric cars on the ground we’re not fixing the problems in cities about getting around.”

The electric autonomous flying taxi could fit up to two people ideally. A total of six batteries power the 12 electric motors of the eVTOL.

Although it take-offs vertically like a helicopter, Archer claimed that it is 100 times quieter than the latter at only 45 decibels. If so, it is even quieter than two people conversing as it would resemble the audible level of whispering, according to Drummer Palace.

Moreover, aside from the Los Angeles International Airport, the eVTOL is also anticipated to fly in Miami. Adcock claims that both cities experience extreme traffic congestion. Thus, the need for such technology.

United Airlines plans to secure 200 pieces of the electric taxi if everything goes well. It is on top of the million-dollar investment.

Read Also: Bye eFlyer 800 to Fly People on Solar Power and Clean Energy-But Has a Limit of Only 8 Passengers

According to Bloomberg, the spotlight on the development of Maker has been stolen by a lawsuit.

It comes after its rival Wisk Aero, LLC brought Archer to court in April. It claimed that Maker has stolen its technology from them.

To add, Wisk has giant backers, such as the Boeing Co. and billionaire Larry Page. Both accused its former employees of bringing the design blueprints to Archer as they now work for the latter.

In response, on June 1, Archer requested the judge to dismiss the allegations of Wisk.

Meanwhile, on March 13, 2018, Wisk Aero also tested a similar technology in New Zealand. And elsewhere, there is also an attempt to fly electric taxis in Florida.