Disabled face hardship at some centres 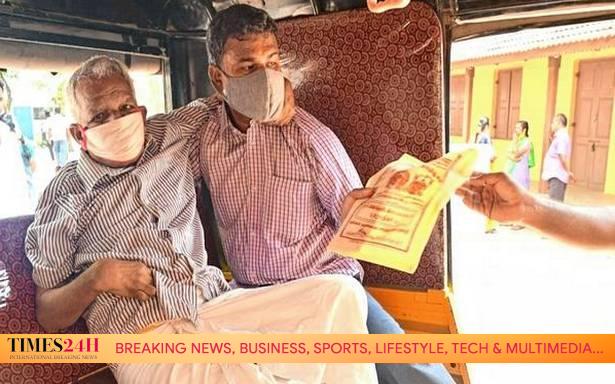 While a majority of booths in the State had ramps and access to wheelchairs, persons with disabilities still faced accessibility issues in some booths, when it came to badly constructed ramps, an absence of volunteers to help out with wheelchairs and a non-availability of candidate lists in braille for the visually-impaired.

K. Raguraman, a visually-challenged person in Chengalpettu, said when he went to cast his vote, polling officials were unaware of the availability of the list of candidates in braille. “Making the list in braille is a step towards ensuring we are able to vote independently, and its absence means that we have to take the help of polling officials to exercise our franchise. A few of my friends in Madurai too said the braille list was missing in their booths,” he said.

In Velachery, S. Namburajan, general secretary, TARATDAC, said his polling centre had very little space for a wheelchair to navigate. “With such less space, it is impossible to use a wheelchair and adhere to physical distancing protocols. In Tiruvanammalai too, persons with disabilities raised concerns about wheelchairs being unavailable at a majority of centres,” Mr. Namburajan said.

In a statement, the December 3 Movement said several centres did not have wheelchairs, volunteers or ramps constructed properly, and they condemned the lack of facilities for the disabled.

District election officers and district differently-abled welfare officials (DDAWO) reached out to the disabled in many districts.

In Tiruvallur, the DDAWO helped organise transport for a section of the disabled to a polling station.

While there were wheelchairs in most booths in Coimbatore, voters with disabilities in centres without ramps had to be lifted with their wheelchairs and taken to the booth. In some areas, officials arranged ambulances to facilitate travel for the disabled to polling stations.

In Tiruchi district, the visually-impaired exercised their democratic right at a booth set up exclusively for them in Nagamangalam. Here, braille sheets in Tamil and English, with the name of the constituency and a list of candidates, were kept ready.

(With inputs from V.S. Palaniappan and R. Rajaram)