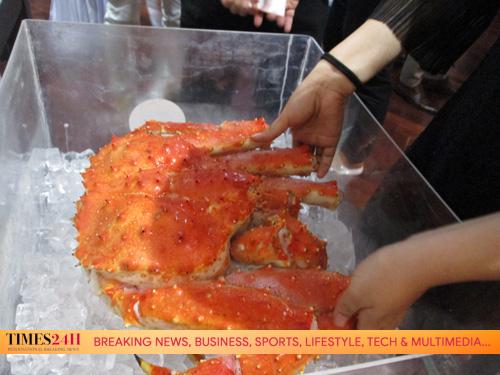 HCM CITY – Việt Nam’s imports of high-value seafood such as king crabs and lobsters are rising due to their falling prices, and are expected to rise even further during Tết, experts have said.

Robert Greenan, deputy consul general at the US consulate in HCM City, said last year exports of Alaskan seafood rose 125 per cent to US$19 million.

According to the Alaska Seafood Marketing Institute in Việt Nam, demand for seafood is rising in the country, and several processing factories are moving from China to Việt Nam due to tariffs.

Alaskan seafood is mostly bought by restaurants and hotels and processors. The institute aims to expand the distribution network so that more customers can buy Alaskan seafood for cooking at home.

During Tết, there is especially high demand for Alaskan king crab since it is relatively easy to cook and suitable for special occasions, according to seafood provider The Alaska Guys Việt Nam. Cod fillet is also popular due to its aroma and boneless meat, making it suitable for making porridge for children and seniors.

Canada is also a large supplier of luxury seafood to Việt Nam with zero tariffs under the Comprehensive and Progressive Agreement for Trans-Pacific Partnership. In 2020 Việt Nam imported over $78.5 million worth of seafood from Canada, 10 per cent more than in 2019.

Demand for seafood during Tết was expected to be three times higher than normal, and so his company was increasing imports.

Online businesses are also profiting from the falling prices of luxury seafood, and are offering free shipping or pre-processing the seafood to provide more convenience to customers. – VNS