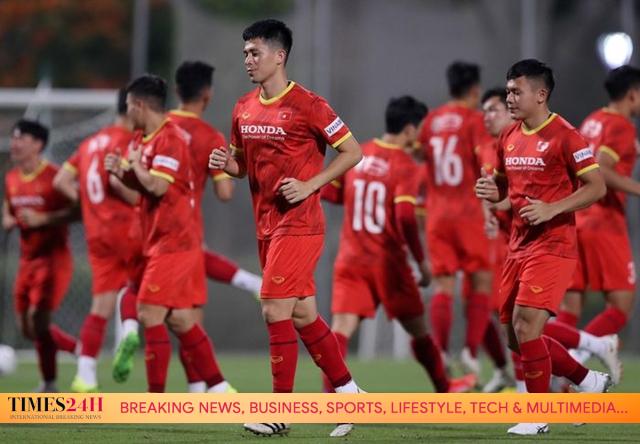 Money well spent: Firms are expected to receive great value from advertisements during the three remaining matches of the Việt Nam national team in the 2022 World Cup Qualification. Photo zingnews.vn


HÀ NỘI  The cost to advertise during the broadcast of Việt Nam’s upcoming World Cup qualifying fixtures has soared, with Vietnam Television (VTV) charging prices normally only seen during the tournament proper.


A 30-second advert during the three matches will cost firms up to VNĐ600 million (US$26,000), according to zingnews.vn.


TVAd, TV Advertising and the Service Centre of VTV is offering a price of VNĐ240 million ($10,430) for a 10-second advertisement, depending on the broadcast time.


This is a very high increase compared to the average of VNĐ100 million for 10 seconds in the past.


According to Vietnamese national team media copyright owner Next Media, the last three matches in the second qualifying round will be broadcast live on VTV5 and VTV6.


The national team is leading Group G with 11 points after five matches and has the opportunity to make it to the final qualifying round for the first time in history.


The remaining matches in Group G will see Việt Nam face Indonesia, Malaysia and the UAE – the hosts of the group.


The match against the bottom team Indonesia on June 7 is considered a must-win.


After Indonesia, VIệt Nam will face Malaysia on June 11 and the UAE on June 15.