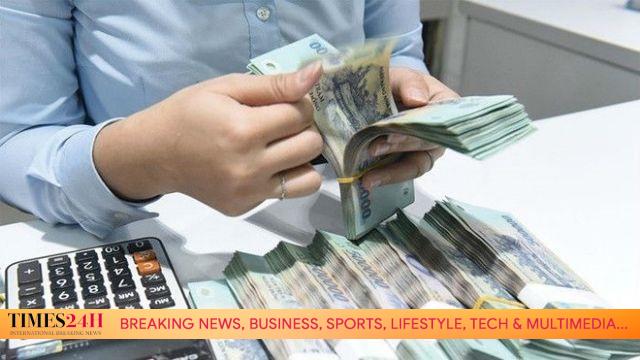 The corporate bond market of Việt Nam is expected to be robust this year as the Government has issued regulations to untie the market but still aimed to ensure the transparency and healthy market development. — Photo tinnhanhchungkhoan.vn


The corporate bond market of Việt Nam is expected to be robust this year as the Government has issued regulations to untie the market but still aimed to ensure the transparency and healthy market development. — Photo tinnhanhchungkhoan.vn


HÀ NỘI — The corporate bond market in Việt Nam is expected to be robust this year as the Government has issued regulations to untie the market but still aimed to ensure transparency and healthy market development.


According to Nguyễn Hoàng Dương, Deputy Director of the Department of Banking and Financial Institutions under the Ministry of Finance, the corporate bond market had become an increasingly important channel for enterprises to raise capital in recent years, which helped reduce pressure on banking credit.


However, not every enterprise was in a safe enough situation for bond issuance, Dương said, adding that there were many of small scale, especially those operating in real estate development, but issue corporate bonds much higher than their equity, posing risks to the market if these enterprises fell into difficulty and failed to pay debts.


“If investors do not evaluate risks and invest in corporate bonds just because they’re lured by high interest rates, it will be very risky,” Dương said.


A recent market report of the VNDirect Securities Company showed that the total corporate bonds issued in 2020 were worth nearly VNĐ437.7 trillion (US$18.87 billion), an increase of 38.8 per cent against the previous year.


Due to the rapid growth of the corporate bond market, measures to minimise risks to the market were applied. The Government’s Decree No 81/2020/NĐ-CP which took effect from September 1 tightened private placement, including caps on the outstanding corporate bonds (not exceeding five times the equity).


According to Dương, the corporate bond market lost momentum in recent months due to tightened regulations.


In that context, Decree No 153/2020/NĐ-CP dated December 31 which took effect from the beginning of this year and replaced Decree No 81 untied the market to support transparent enterprises in raising capital through bond issuance.


Under Decree No 153, an enterprise could issue bonds if it was a joint stock or limited liability company, paid due debts on time and adequately for three consecutive years, met financial safety ratios, ensured operation safety, had approved bond issuance plan and audited financial report.


Experts expected this would create conditions for the corporate bond market to be robust against in 2021.


Expert Trương Thanh Đức said that tightening regulations on corporate bond issuance was not necessary because this might force small enterprises to turn to unofficial channels to raise capital, even black credit.


It would be better to have a property management mechanisms to ensure transparency and fairness in accessing investment opportunities for investors.


According to Asian Development Bank (ADB), reforms that drove demand for credit ratings would support the development of the corporate bond market.


ADB pointed out that after years of sluggish growth, Việt Nam’s corporate bond market had blossomed. Issuances grew at a compound annual growth rate of 40 per cent between 2012 and 2019, and outstanding issuances amounted to around 11.5 per cent of Việt Nam’s GDP – the fourth-highest in ASEAN, and further gains were likely.


“A credible local rating agency is a key missing ingredient in Việt Nam’s otherwise flourishing corporate bond market. Partnerships with global rating agencies would unlock the market’s potential, but these agencies want certainty that the demand for ratings is real,” ADB wrote. — VNS