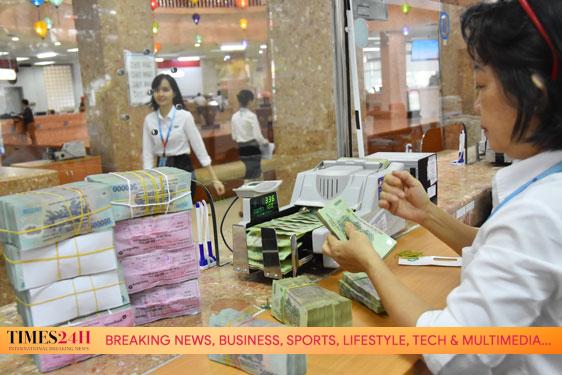 HÀ NỘI — Commercial banks have made public the sale of unsecured consumer debt for the first time in the country.

Vietnam Joint Stock Commercial Bank for Industry and Trade (VietinBank) recently announced it would sell consumer loans to recover debts. Accordingly, the debts belong to many borrowers and are valued from VNĐ1.68 million to VNĐ17.58 million. The book value of the debts includes principal, interest and penalties.

The sale of unsecured consumer debts is uncommon in Việt Nam as previously banks often made public only bad debts for sale to handle and recover them, and they always had collateral such as real estate, machinery, equipment, factories and cars.

According to a representative of VietinBank, selling consumer debts is one of the bank’s legal business operations to handle and recover debts. Though the debts aren’t non-performing loans, banks can still sell them.

Minh believed the sale of consumer debts are useful for buyers who would like to have the address and information of the borrowers so they can enlarge their database and access new potential customers. In foreign countries, the refinancing business segment, or relending to customers who are in debt but solvable in the future, is common and profitable.

However, according to another financial expert and lawyer Trương Thanh Đức it is not easy to sell consumer debts at full cost of principal, interest and penalties because the sale seems less attractive than that of bad debts. Currently with bad debts with collateral, banks can only sell them at a price equal to only 50-70 per cent of book value.

Recently, commercial banks and financial companies have promoted the consumer lending segment to meet the urgent capital needs of people. In particular, the Government also encouraged the development of consumer lending in a move to fight against usury.

Though consumer lending has been thriving with increasing risk of bad debts, financial expert Đinh Thế Hiển said there had been no legal debt trading market in this segment. After the Government banned the debt collection service, financial companies and banks have to deal with bad debts from consumer loans by themselves.

According to experts, if VietinBank’s sale of consumer debts succeeds, it can stimulate other banks to follow suit, thereby creating a more bustling consumer loan trading market, contributing to handling bad debts from this segment. — VNS