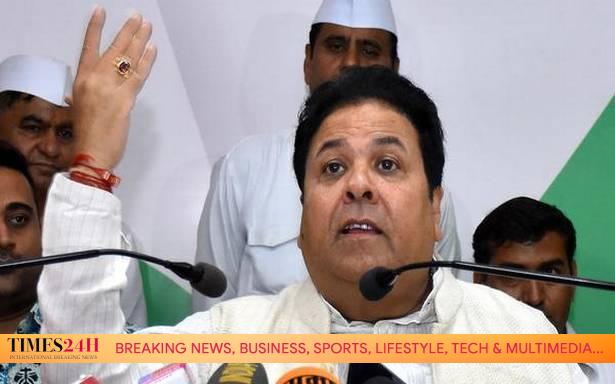 Addressing a press conference at party headquarters, former union minister Rajeev Shukla said he was unable to understand the economic model of the government.

He alleged that the government was “looting” the public by increasing taxes on petrol, diesel and cooking gas on the one hand and looking to sell assets built with public money on the other.

He argued that crude oil prices are less than half of what they were during the UPA time, but domestic prices are sky high, he said.

“Even actors were speaking out at that time, but now they are also silent,” Mr Shukla told reporters at the briefing.

“The government is visible on the ground as a result of these public sector undertakings. The government will be limited to North Block and South Block if you privatise everything,” he added

Mr. Shukla said the government should not only reconsider selling profitable PSUs, but they should be strengthened by empowering the management.

“This is distress privatisation drive that the government is undertaking… the government should not be in the business of selling what was created by the previous government,” Mr. Vallabh said.

He said the Modi government was weakening the PSUs like Life Insurance Corporation so that they can be sold off.