Clubhouse Exclusive No More: Public Beta Now Available for Everyone, No More Invite-Only

Clubhouse’s exclusive application breaks down its walls and now releases a public beta which is open for any users on all devices, both Android and iOS. Users can now freely enter and register on the app, and also enter audio rooms among other things to do. Moreover, Clubhouse’s new features have helped strengthen the app for other functions.

The 2020 pandemic has pushed a lot of people to either tune in to podcasts or watch series from massive streaming companies like Netflix, Amazon Prime, Disney+, and more.

However, some wanted a social experience that is not necessarily a call, but more of resembling a get-together in public, which Clubhouse offered.

Clubhouse Is No Longer Exclusive

Nothing is permanent and not all things would last, and that is the same story for Clubhouse’s exclusive application where people have gone to lengths, just to get an invite. Now, they only need to download it via the Google Play Store or Apple App Store.

Before, people would need to have a direct invite from someone who is already in or be given a referral code by its members before users can join.

Several schemes before even say that it goes as far as people need to exhibit good social media behavior before they can qualify for a referral code.

Clubhouse’s initial hype was because of one room that invited Elon Musk to the app and having him as a guest.

Read Also: Clubhouse’s Banning Policy has Loopholes, According to a Report 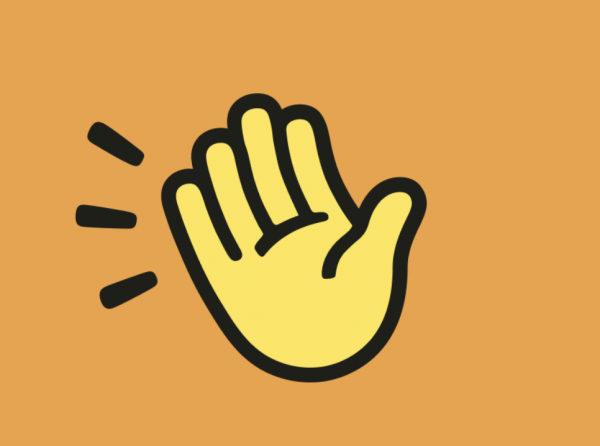 Clubhouse’s public beta has the initial offerings of the app, which would highly resemble its soon full launch to the public. The social audio app calls this public beta its “Opening Day” and has a new logo for it, which is the waving hand emoji.

The Atlanta music scene app logo it has is still the one used in the App Store and Play Store, and would most likely remain so do not get confused about it.

Features go a long way for Clubhouse, as it is a robust app that is straightforward and user-friendly. The social audio app is still the main feature, where rooms can be made for private or public talks.

On the other hand, users can also use its “Backchannel” feature where they can privately message a certain user, may it be a friend or influencer. The chat feature can also invite others.

Despite the limited features, Clubhouse is powerful enough as it is, having already amassed millions of downloads, sign-ups, and daily user count.

There were a lot of Clubhouse copycats in the past months, and it includes social media giants like Twitter with Spaces, and even the music streaming app of Spotify. Facebook or Instagram’s audio-only app may or may not be in the works, but the company has expressed its interest in this venture.

As far as who is the superior app among them, there is no telling as of now. Clubhouse has only opened its doors, unlike Twitter which already has been free and open. Spotify, on the other hand, is known for its subscription platform, which would be a con for some who wants to save.