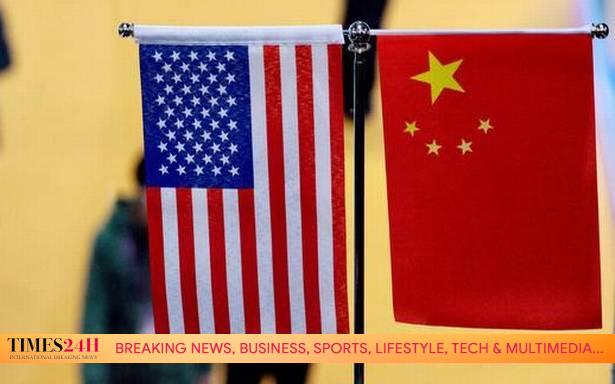 The report comes after the European Union joined the U.S., Britain and Canada in imposing sanctions on Chinese officials over accusations they abused ethnic minorities.

China lashed out Wednesday at the U.S. over racism, financial inequality and the federal government’s response to the coronavirus in an annual report that seeks to counter U.S. accusations of human rights abuses by China’s ruling Communist Party.

The report issued by China’s Cabinet said the U.S. in 2020 “saw its own epidemic situation go out of control, accompanied by political disorder, inter-ethnic conflicts, and social division.” The document released by the State Council Information Office also highlighted the January 6 insurrectionist attack on the Capitol as well as gun violence and health disparities.

China issues the report each year in response to U.S. criticism of its record on issues such as abuses against minority groups in the western regions of Xinjiang and Tibet and a crackdown on opposition voices in Hong Kong.

“To defeat the epidemic requires mutual help, solidarity and cooperation among all countries. However, the United States, which has always considered itself an exception and superior, saw its own epidemic situation go out of control, accompanied by political disorder, inter-ethnic conflicts, and social division,” the report said.

“Vulnerable groups became the biggest victims of the government’s reckless response to the epidemic,” it said.

The Chinese report is based on open-source material, as opposed to the U.S. document, which is largely drawn from work by diplomats, journalists and human rights activists who cannot always reveal their information because of threats of retaliation from the ruling Commounist Party.

The report comes after the European Union joined the U.S., Britain and Canada in imposing sanctions on Chinese officials over accusations they abused ethnic minorities. Beijing retaliated by announcing it would penalise four European legislators, a German researcher and European-based rights organisation with bans on travelling to Chinese territories or having financial interactions with Chinese institutions.

China has taken an increasingly hard line against any criticism of its domestic politics or what it sees as attempts to impede its rise as a global leader. In recent days it has placed two Canadian citizens on trial in apparent retaliation for Canada’s detention of an executive of the telecoms giant Huawei, who is wanted in the U.S. on fraud charges.