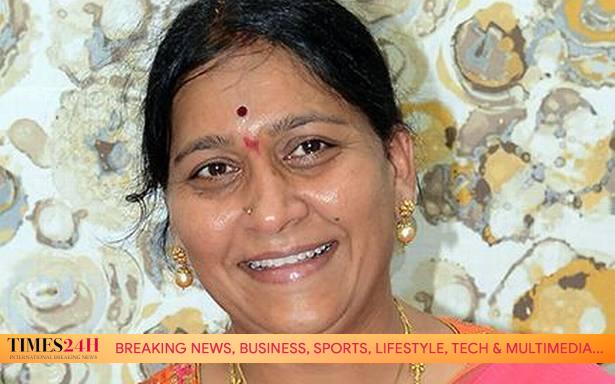 The CBI has arrested three persons for allegedly demanding bribe from a Delhi resident for not getting an under-construction building demolished. One of the accused worked as a driver of Telangana Rashtra Samiti (TRS) MP Kavitha Maloth.

The complainant, Manmeet Singh Lamba, had been asked to hand over ₹1 lakh in Saraswati Apartment complex on B.D. Marg, according to the FIR. The accused have been identified as Rajib Bhattacharya, Shubhangi Gupta and Durgesh Kumar, who worked as the MP’s driver.

Ms. Maloth told The Hindu that she had hired Durgesh as a driver about six months ago through a reference, but she did not know the other two persons. She said she had not hired any personal assistant in Delhi since she was elected as a parliamentarian in 2019. She was in Telangana when the purported incident took place close to her official residence in Delhi.

In his complaint, Mr. Lamba alleged that he first got a call from Rajib, who introduced himself as a personal assistant to the MP from Telangana. Stating that there were several complaints about the construction being carried out by him in Delhi’s Sardar Nagar, Rajib said he knew the Municipal Corporation of Delhi official concerned and that he would help him save his house from demolition.

The accused told Mr. Lamba to contact Shubhangi, purportedly the MP’s coordinator, and also threatened to get his house demolished if he did not settle the matter. It is alleged that Ms. Shubhangi demanded ₹5 lakh and then scaled it down to ₹1 lakh after negotiation. She allegedly introduced the complainant to Durgesh, claiming that he was the MP’s personal assistant.

As alleged in the FIR, Durgesh pressured Mr. Lamba to get the matter settled at the earliest. Subsequently, the complainant was asked to deliver the bribe amount, alleges the FIR.