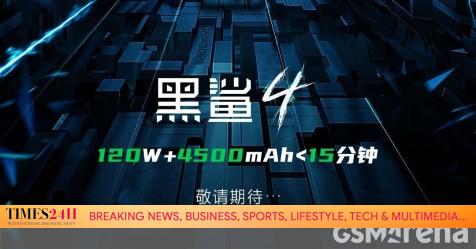 Black Shark 4, 4 Pro and their 120W fast charger get certified by the 3C

The Black Shark 4 and 4 Pro were teased with 120 W fast charging. The official poster goes a little more in detail: a 4,500 mAh battery can be refilled in less than 15 minutes by the 120 W charger. And now , through 3C certification, we have details of the charger itself.

The MDY-12-ED is the power supply in question. It caps at a 20V output at 6A current with a rating “only for an altitude of 5,000m and below”. This shouldn’t be a problem as a quick Wikipedia check shows that there are no major cities near the 5,000m mark. Presumably, this is loading on planes. 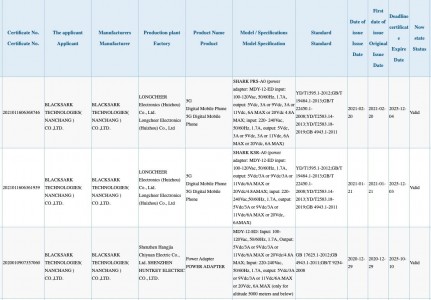 Either way, both Black Shark 4 models will support the 120W charger. One is KSR-A0 (“Kaiser”), the other is PRS-A0 (“Penrose”), we don’t know 100% which is the Pro and which is the vanilla version. Both will be powered by Snapdragon 888 chipsets.

The Kaiser version appeared on the Google Play console, which boasted 8 GB of RAM and a screen resolution of 1080 x 2400 px. TENAA lists the screen size at 6.67 inches and the phone thickness at 10.3mm. Its brother, the Penrose, also leaked on the GPC with 12GB of RAM.

Despite a few official teasers, we still don’t have an announcement date for the Black Shark 4 duo. Rumors indicate it will happen in March, but there is no confirmation from the company itself.

AYA-NEO puts a different spin on the PC gaming handheld 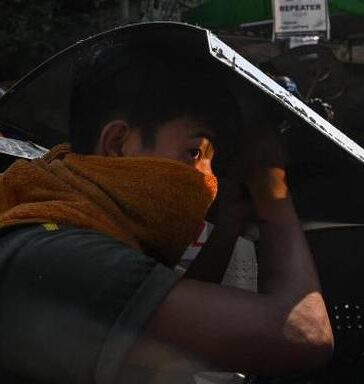