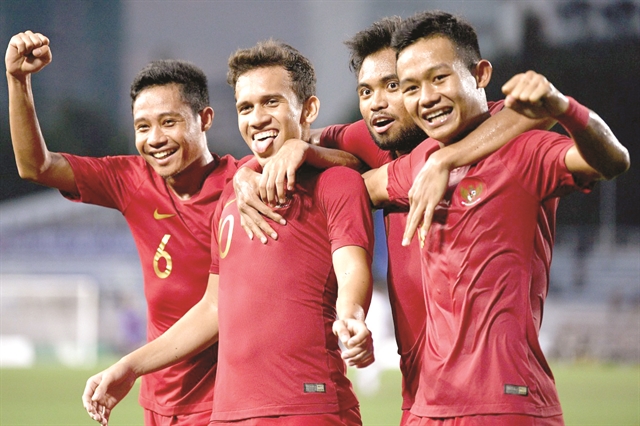 Egy Maulana (second left) could be the future of Indonesian football. Photo thejakartapost.com via Antara


On Monday, 566 days since their last competitive fixture, the Việt Nam national football team will resume their World Cup qualification campaign against Indonesia.


Park Hang-seo’s men will also take on Malaysia and hosts the UAE as they attempt to advance to the third and final round of qualification for the first time in history.


A lot has changed for the teams of Group G since the pandemic forced the suspension of international football, so we caught up with reporters based in Indonesia, the UAE and Malaysia to see how their teams have prepared for the final matches.


Việt Nam’s first opponents on Monday night were already knocked out of the World Cup race after having suffered five defeats in five qualifiers in 2019.


That means the side’s three matches are all about looking to the future and throwing young players “into the fire” of competitive action.


With 10 uncapped players in the squad, and the oldest player just 27, South Korean coach Shin Tae-yong certainly seems to have his eyes on the future, according to football-tribe.com editor Cokorda Krishna Sadhana.


This World Cup campaign is also the early stages of Asian Cup qualifying, so Sadhana said supporters and the media alike will judge the team’s performance in the UAE more on player development than how many points they manage to pick up.


The team’s most promising youngsters include Egy Maulana, who plays his club football in Europe for Lechia Gdansk. While the forward has struggled to nail down a regular place in the Polish side’s first team and may be on his way home soon, Sadhana said there are high hopes he can develop into an impact player for his country.


Being Europe-based may mean Maulana is in far better condition than many of his teammates, who were left on the sidelines as the 2020 Indonesian season was cancelled and have only played in a small pre-season tournament for their clubs this year, leaving many of them badly short of game time, according to Sadhana.


Due to their mathematical inability to progress and the youth of the side, Sadhana said picking up a couple of points from the three matches would probably be looked at as a success in Indonesia, though he acknowledged his country would be unfancied to do so. 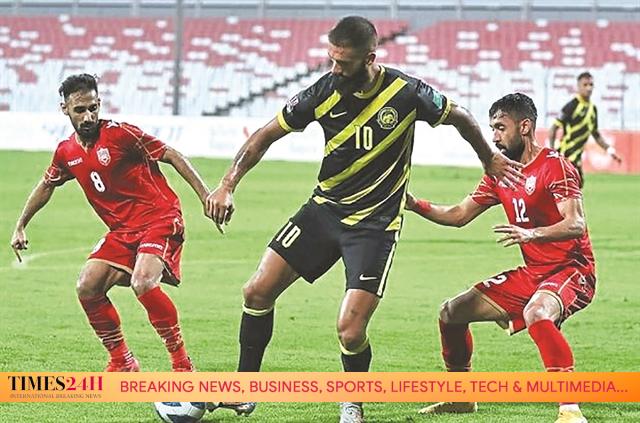 
‘Harimau Malaya’, as the Malaysian national team are known, present a much more daunting task for coach Park’s charges on June 11.


Led by coach Tan Cheng Hoe, the Malaysians are second in the group on nine points and stand a chance of going through to the next round.


Avineshwaran Taharumalengam, a sports writer at The Star newspaper, told Việt Nam News that expectations and hopes for the team were high, in part due to the worsening COVID-19 situation in the country.


“Harimau Malaya more is a symbol of hope. If these boys can produce something magical, something special in Dubai, the whole nation will rejoice, and it would actually give them hope that amid all the problems that we’re facing at the moment, we have something that is giving us joy,” he said.


Several naturalised and mixed heritage players have been added to the squad for these qualifiers, which Taharumalengam cited as a cause for optimism.


“We’ve always been looking for a pure number nine, a guy who can hold the ball well, a guy who’s always in the box to score, so coach Cheng Hoe sees de Paula as that answer,” he said, adding that he rates the physically imposing Krasniqi as one of the country’s best midfielders on his day.


Taharumalengam added that the Malaysian coach will be itching to settle the score from his side’s 1-0 defeat to Việt Nam in 2019, partly due to the respect his opposite number has in Malaysia.


“Malaysian fans, and even the Malaysian media, whenever they talk about Park Hang-seo, they always call him this tactical marvel or genius or sometimes even call him crazy because of his tactics,” he said. 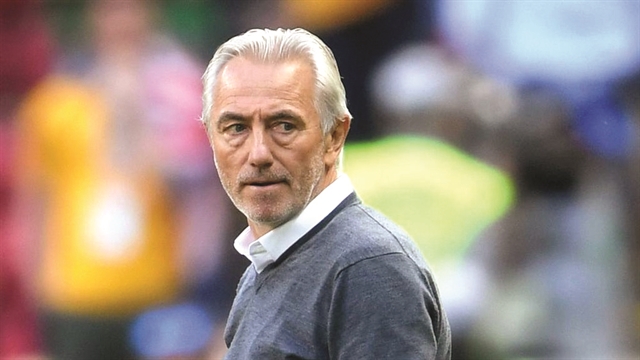 
Việt Nam round off their campaign on June 15 with a match against the hosts UAE, on paper the toughest game of the three.


The Middle Eastern country were managed by Bert van Marwijk when Việt Nam took a surprise 1-0 in Hà Nội in 2019, and despite being sacked soon after, the highly accomplished Dutchman is back in charge, a move popular among fans and players alike, according to John McAuley, sports writer at The National newspaper in the UAE.


“Bert van Marwijk came back as manager in December and that was something that was welcomed by basically the majority of the fans. He’d left the year beforehand and everyone thought that was perhaps a little bit too soon,” McAuley told Việt Nam News.


The big difference this time around for van Marwijk, who led his native country to the World Cup final in 2010, is having the three naturalised forwards Fabio Lima, Caoi Canedo and Sebastián Tagliabúe to call upon, according to McAuley.


The Dutchman seems spoilt for choice in the attacking area, as the country’s all-time leading goal scorer Ali Mabkhout is in “unbelievable form” according to McAuley.


One man van Marwijk won’t have available is injured star midfielder Omar Abdulrahman, and while the UAE will miss his prodigious gifts, McAuley said the team is no longer built around the playmaker.


The UAE Football Association recently confirmed a limited number of spectators will be allowed to attend the matches in the country and while McAuley said this should give the home team a boost, dealing with the psychological side of the game would make or break their campaign.


“Pressure is always a big thing with the UAE and performing under pressure. So if they can withstand that, and they’ve got the right man there in terms of van Marwijk, the players do genuinely really like playing for him and like his style, all the ingredients are there for them to turn this around. But it’s a big ask,” he said. VNS