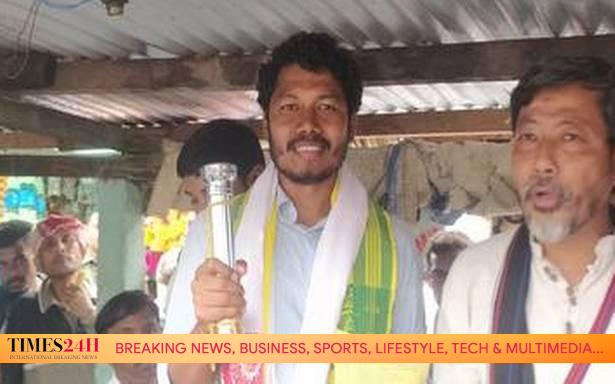 The one-horned rhino appears to have strayed into Assam’s poll rhetoric.

Assam has an estimated 2,640 rhinos in four protected areas. About 2,400 of them in the Kaziranga National Park and Tiger Reserve (KNPTR) have become an issue for 23.19 lakh voters, more specifically for more than 3 lakh voters across six Assembly constituencies that straddle the World Heritage Site.

Among the achievements that the BJP has listed is having checked rhino poaching in the State. Records with the State Forest Department say poaching has reduced by 86% in the last three years. From Prime Minister Narendra Modi to the booth level party worker, almost every BJP leader has been wearing the “conservation success” like a badge.

“No government before us took on the poachers like we did, putting many of them behind bars and instilling fear in them. We have also taken unprecedented steps to clear Kaziranga and other wildlife habitats of encroachers,” Chief Minister Sarbananda Sonowal said.

The encroachers are often equated with “illegal immigrants” or “Bangladeshis”.

But the anti-poaching and anti-encroachment drives have affected ally Asom Gana Parishad more than “big brother” BJP. Bokakhat and Kaliabor, the two adjoining constituencies that cover much of the KNPTR that has expanded to 1,300 sq km, are represented by the AGP’s heavyweights – party president and Agriculture Minister Atul Bora and Water Resources Minister Keshab Mahanta. Mr. Bora is apparently feeling the heat more than Mr. Mahanta.

Apart from the responsibility of saving the space of regionalism in the State from the Assam Jatiya Parishad, a new political party, his prime challenger is 35-year-old activist Pranab Doley who believes conserving rhinos cannot be at the cost of the lives of local people.

A founding member of the Jeepal Krishak Sramik Sangha, a mass organisation that has been leading land and farmers’ rights movements in the Kaziranga area, Mr. Doley is an independent candidate backed by the Congress-led Mahajot or grand alliance.

“I have been fighting for justice for the families of over 50 people gunned down since a shoot-at-sight policy adopted by the Kaziranga authorities in 2008. They were killed in cold blood in the name of rhino conservation and the killings were never investigated,” he told The Hindu.

Mr. Doley also dismissed the claims that the park authorities evicted encroachers. “Why do they compensate people then? They keep adding swathes of land to the park and tagging people living there as Bangladeshis. Most are our own people. Conservation cannot be at the expense of the local people who have known how to coexist with animals for ages,” he said.

KNPTR Director P. Sivakumar declined to speak citing poll restrictions, but an official said the evictions were carried out on the orders of the Gauhati High Court and the squatters multiplied after areas were added to the park four decades ago.

“I have never interfered in the conservation efforts in Kaziranga because we care about ecology. But at the same time, the people matter too,” Mr. Bora said, confident of retaining Bokakhat where the KNPTR’s headquarters is located. The AGP and the BJP supporters believe a slew of developmental projects would see Mr. Bora through, but those behind the Mahajot believe Mr. Doley could spring a surprise. So do the supporters of Jiten Gogoi, another independent candidate who had won the seat twice before Mr. Bora and claimed to be the “king of Kaziranga”. There are eight other contestants for the key seat.